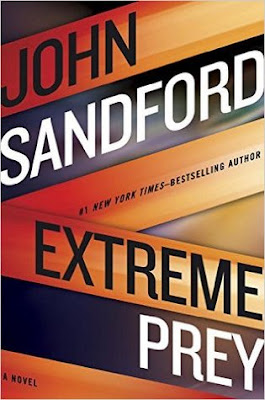 An extraordinary Lucas Davenport thriller from #1 "New York Times" bestselling author and Pulitzer Prize winner John Sandford.
After the events in "Gathering Prey", Lucas Davenport finds himself in a very unusual situation—no longer employed by the Minnesota BCA. His friend the governor is just cranking up a presidential campaign though, and he invites Lucas to come along as part of his campaign staff. “Should be fun!” he says, and it kind of is—until they find they have a shadow: an armed man intent on killing the governor . . . and anyone who gets in the way.

Lucas Davenport is not a cop anymore!
Yes, Lucas decided at the end of the last book to quit the Minnesota BCA. He hates politics and paperwork. What he loves is the hunt and catching the bad guys.
Out of a job, he is spending his time watching the renovation of his cabin (and driving the contractor crazy) when he gets a call from the Governor of Minnesota, Henderson. He wants to meet Lucas to discuss something with him.
Lucas meets with the Governor. Here, he tells him that even though he is running for President, he doesn't believe he will win. His competitor Michaela Bowden has the best chance but while he was on the campaign trail, he was approached twice. First by an older woman and another time by a young man who seemed to be related. They both pretty much told him the same thing. They believe Michaela Bowden has to go. Henderson got a bad feeling from both interactions. He believes they are plotting to kill Bowden. The Governor asks Lucas to look into it further, find them and see if the threat is real.
This one was so different for Lucas. He really has no power since he doesn't have a badge anymore. When someone doesn't want to talk to him, he can't force them. He is also working without his friends and contacts. He has to work along with the local police who don't know him well. Despite his limitations, Lucas is great at what he does.
A solid Lucas Davenport thriller. The action was vast with good characters and the dry humor was there which I have come to expect in this world. As always, Ferrone does an amazing job narrating Lucas.
Cliffhanger: No
4/5 Fangs
Posted by MrsLeif at 8:26 PM