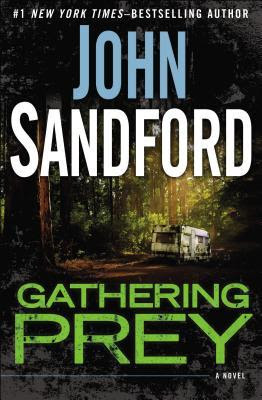 The extraordinary new Lucas Davenport thriller from #1 New York Times–bestselling author and Pulitzer Prize–winner John Sandford.
They call them Travelers. They move from city to city, panhandling, committing no crimes—they just like to stay on the move. And now somebody is killing them.
Lucas Davenport’s adopted daughter, Letty, is home from college when she gets a phone call from a woman Traveler she’d befriended in San Francisco. The woman thinks somebody’s killing her friends, she’s afraid she knows who it is, and now her male companion has gone missing. She’s hiding out in North Dakota, and she doesn’t know what to do.
Letty tells Lucas she’s going to get her, and, though he suspects Letty’s getting played, he volunteers to go with her. When he hears the woman’s story, though, he begins to think there’s something in it. Little does he know. In the days to come, he will embark upon an odyssey through a subculture unlike any he has ever seen, a trip that will not only put the two of them in danger—but just may change the course of his life.

Back into the Lucas Davenport World.
Lucas's adopted daughter, Letty is in college now. Here is where she meets a couple of Travelers and buys them a meal. When Letty comes back to Minnesota, she gets a phone call from Skye, the woman traveler she befriended in California and she is asking Letty for help. Her friend (whom Letty met) has gone missing and she thinks that Pilate and his people have tortured him and killed him.
When Letty tells the story to Lucas, he tells her it's probably nothing but decides to accompany Letty to meet her. Lucas soon finds himself believing Skye and realizing that this group has murdered others before. The hunt will send Lucas outside his state in search of Pilate and his people through Juggalo gatherings.  After an incident with Letty, his pursuit of Pilate becomes personal.
Lucas had to deal with a band of crazies that maimed and murdered without thinking twice. Scary people who felt more like a cult than anything else. They drove through states causing harm to innocents.
Another good installment to the series although not a favorite. I liked that Lucas is helped by small-town sheriffs and cops in this one. It made the whole ordeal more believable.
Also at the end of this novel, Lucas has to make some decisions that have been percolating for a while.
Cliffhanger: No
3.5/5 Fangs
Posted by MrsLeif at 7:57 PM