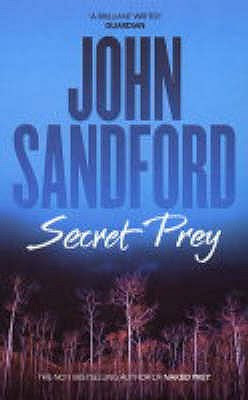 The company chairman lay dead in the woods, his orange hunting jacket punctured by a bullet at close range. Around him stood the four executives with whom he had been hunting, each with a reason not to be sorry about the man's death. A classic murder mystery, it would seem: the kind where the detective gathers everyone together at the end and solves the case. But Lucas Davenport knows it's not going to be that easy. There are currents running through this group, hints and whispers of something much greater than the murder of a single man. Some time soon, unless he could stop it, there would be other deaths - and Davenport can't help but wonder if maybe the final death might be his own ...

A nice addition to this series.

The book begins with the death of a man during a hunting trip. The question is Was this an accident or was the man the target?

The answer is simple. Four individuals benefit from the man’s death. The dead man was the bank chairman and any of them could take his place at the table if they had enough votes going for them. It will be up to Lucas to find out what really happened and who is behind the murder.

Lucas welcomes the distraction. Anything to make him forget his own personal issues. His girlfriend Weather doesn’t want to be with him anymore. She is still traumatized after what happened in the last book and being in the same room with Lucas makes her ill.

For his part, Lucas doesn’t want to go into another depression. He’s been there and done that. He knows work can keep his mind going without spiraling down.

I enjoyed Secret Prey. It’s quite weird but I have learned to like Lucas and I enjoy his humor and sarcasm. His closest friends humanize him, making the stories believable and entertaining.