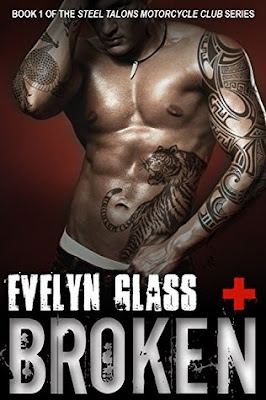 Jim Wade is a broken man trying to put the pieces back together.
Struggling to walk the straight and narrow path after his old lady overdosed on painkillers and vodka almost a year ago, the only consistency in Jim’s life is the strong bond he shares with his brothers of the Steel Talons MC.

Susan McGregor is keen to impress her colleagues.

A paramedic trying to secure a full-time position with her ambulance crew, Susan knows it's only a matter of time until someone calls for help from the wild biker parties on the outskirts of town.

When an accident sends Jim's bike crashing against a streetlight, he finds himself in front of Susan. Though his physical injuries are superficial, his psychological wounds begin opening up under the tender lingering touch of a woman who seems too prim and proper to ever fall for a rough biker.

With only so many hours in a day who will give first, the girl or the biker?

Jim Wade is having quite a night. His motorcycle crashes and the paramedic who is helping him has a chip on her shoulder. It's also the anniversary of the death of his wife. He loved her and lost her due to an overdose. Jim knows she wasn't happy with the Steel Talons MC's life and he feels guilty about it.

Susan McGregor is trying to prove to herself and others that she can be successful. She's studying to become a doctor while paying for her studies with her job as a paramedic. She wants to prove she can make it and the last thing she wants it's to deal with a lawless guy. Yet, she can't seem to stop herself from being intrigued by him.

This novel was a quick one. It ends in a cliffhanger. I thought the female character could have been less mean and hypercritical. I like Jim despite his illegal business.