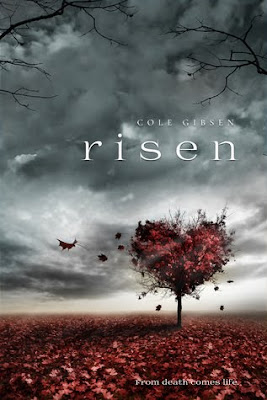 Fans of Vampire Diaries and Twilight will be thirsting for this latest vampire addiction…My aunt has been kidnapped by vampires, and it’s up to me to save her. Only…I had no idea vampires existed. None. Nada. I’m more of a reader than a fighter, and even though I’d been wishing to escape my boring existence in the middle of nowhere, I’d give anything to have it back now if it meant my aunt was safe. Then there’s the vampire Sebastian, who seems slightly nicer than most of the bloodsuckers I’ve run into so far. Yes, he’s the hottest being I’ve ever come across, but there’s no way I can trust him. He swears he’s helping me get answers, but there’s more to his story. Now I’m a key pawn in a raging vampire war, and I need to pick the right ally.But my chances of surviving this war are slim at best, when the side I choose might be the one that wants me dead the most.

As soon as I read that line in the description, I knew that I had to read this book! For a former Twilight lover, this vampire romance brought me back to my middle school days in the best way. I loved being able to read a story about a brooding vampire who fell in love with a human again! One of the most interesting things about this book was the world the author created. I really liked how the vampires were divided into different clans. These different clans had different beliefs, powers, and ways of living. I thought the divisions of the vampires added a really unique element to the story. I loved learning about the paranormal world that these vampires lived in! I cannot wait to learn more about the vampires as the series goes on.This book was full of action and suspense, which made for a fast and entertaining novel! There were so many moments that kept me on the edge of my seat! Since there was so much action, the moments without action felt slow in comparison. Thankfully, the action scenes usually made up for the slower portions of the book. Charlie, the main female character, was a tough and brave girl! She was a bit immature at times, but I liked how she learned from her mistakes and became a better person throughout the story. Sebastian was a bit brash and hard to warm up to. He was a very cold person, which kind of made sense for a vampire. It was really cute to see him show his soft side to Charlie as the story progressed. The romance between Charlie and Sebastian was a slow burning romance that was a lot of fun to read. I enjoyed how their romance was a type of "enemies to lovers" romance. There were some moments that felt forced and cheesy between Charlie and Sebastian, but overall, they had good chemistry. I did think it felt a bit sudden for them to be "in love" by the end of the story, but they still had an enjoyable and cute romance! It felt very much like Twilight, which was very nostalgic and entertaining for me. This book was definitely a fun and quick story. If you are looking for a story that you can get lost in for a few hours, then I would recommend picking up this book!3 / 5 Fangs*This ebook was given to me in exchange for an honest review. *