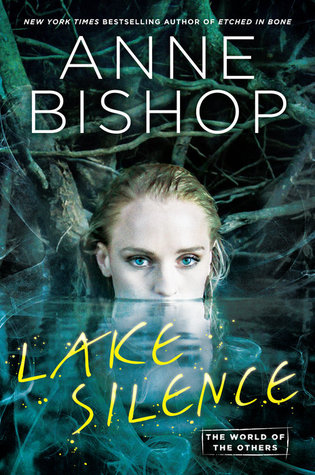 In this thrilling and suspenseful fantasy, set in the world of the New York Times bestselling Others series, Vicki DeVine and her lodger, the shapeshifter Aggie Crowe, stumble onto a dead body . . . and find themselves enmeshed in danger and dark secrets.

Human laws do not apply in the territory controlled by the Others–vampires, shapeshifters, and paranormal beings even more deadly. And this is a fact that humans should never, ever forget . . .

After her divorce, Vicki DeVine took over a rustic resort near Lake Silence, in a human town that is not human controlled. Towns like Vicki’s have no distance from the Others, the dominant predators that rule most of the land and all of the water throughout the world. And when a place has no boundaries, you never really know what’s out there watching you.


Vicki was hoping to find a new career and a new life. But when her lodger, Aggie Crowe–one of the shapeshifting Others–discovers a dead body, Vicki finds trouble instead. The detectives want to pin the man’s death on her, despite the evidence that nothing human could have killed the victim. As Vicki and her friends search for answers, things get dangerous–and it’ll take everything they have to stay alive.

When Meg and Simon's arc was done, I was so sad to see one of my favorite series EVER come to an end. So many of the characters had endeared themselves into my heart but Anne Bishop knew she had gold in her hands (or I should say in her brain) and she was willing to continue the series to the great happiness of this reader.

I have anxiously been waiting for Lake Silence, a continuation of the same world with different main characters. My first shock was that the main character is nothing like I thought she was going to be. Next, the main three characters are all human. So different than life in the Lakeside Courtyard!

When a woman named Vicki DeVine obtains a property in Lake Silence as part of her divorce, she pours all of her energy, resources, and money into fixing the resort to open it up to the public. Now, the property is in a town not controlled by humans but by the Others. Vicki has been careful about following the rules and so far she only has one guest, Aggie Crowe. Soon after, Vicki discovers that Aggie is not human. When a dead body is found close to her place, and detectives come asking questions, Vicki's anxiety and distress escalate. Thankfully, she will get the help of many new friends:  humans and non-humans too.

I was completely lost in the story. I loved Vicki, her sense of humor, her innate understanding of how to handle the Others without trying. In a way, she exudes the same innocence that Meg had. As with Meg, the Others take an unusual interest in Vicki and her protection becomes a priority.

"he was so yummy. And really, what's a pint or two of blood between a girl and her attorney when she gets to have her neck nibbled by that mouth."

What was not to like? I enjoyed it all! Love the new characters and the plotline. In the end, Julian Farrow, Wayne Grimshaw, Aiden, Cougar, Conan Bearguard, Ilya and Natasha Sanguinati, Ineke Xavier and her family, The Lady of the Lake, the ponies, all contributed to the success of the story.

I wanted the Others to grab the bad humans and destroy them. Yes, I was clamoring for the Terra Indigene type of justice.

"So they're what, the world's hitmen?

I'm dying to read the next book in this series. I hope a year goes by fast.

I absolutely ADORED The Others series featuring Meg and Simon by Anne Bishop, so I pretty much lost my mind when I found out there were going to be spinoff books!

I am so happy to report that this book was EVERYTHING I was hoping for out of this series. I will admit, I was hoping for more of Meg and Simon in this book, but I have to accept that Meg and Simon had their story and it is time for new characters to shine. Speaking of new characters, I really freaking loved the characters in this book. Anne Bishop has such a knack for creating so many relatable, charismatic, and memorable characters. Vicki was kind of the main character of the story, and it was so much fun seeing the Others from the eyes of a human. Vicki had a great sense of humor and spirit, so I enjoyed spending time with her throughout the book along with all of the new characters.

The plot of this story was just and interesting and addictive as the storyline in the previous books. There were never any times when I felt myself growing bored while reading this book. The story was perfectly paced the entire time! I thought it was so interesting that we got to learn even more about the Others and the interesting world they live it. I feel like there is still so much to discover about them, so I cannot wait to see how that unfolds throughout this series. (PLEASE TELL ME THIS IS A SERIES! THERE ARE MORE BOOKS, RIGHT?!?!?!)

This is a type of book that I would truly hate to spoil, so I won't say much more! If you are a fan of Anne's other books or just love Urban Fantasy novels, then you NEED to read this book.
5 / 5 Fangs*This ebook was given to me in exchange for an honest review. *