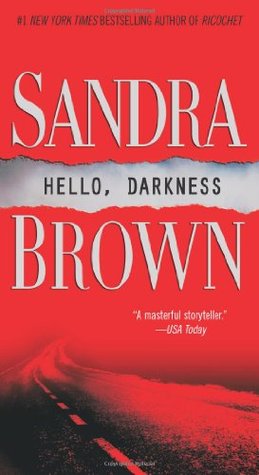 For Paris Gibson, her popular late-night radio show is both an escape and her one real contact with the outside world.

Since moving to Austin to ease the pain of past, tragic mistakes, she has led a life of virtual solitude, coming alive only when she hosts her show. To her loyal listeners, she is a wise and trusted friend who not only takes their music requests but listens to their problems and occasionally dispenses advice.

Paris's world of isolation is brutally threatened, however, when one listener -- a man who identifies himself only as "Valentino" -- tells her that her on-air advice to the girl he loves has caused her to leave him and that now he intends to exact his revenge. First he plans to kill the girl, whom he has abducted -- which he says he will do in 72 hours -- then he will come after Paris.

Joined by the Austin police department, Paris plunges into a race against time in an effort to find Valentino before he can carry out his threat to kill -- and to kill again. To her dismay, she finds that one of the people she must work with is crime psychologist Dean Malloy, a man with whom she shares a history that had a catastrophic effect on both their lives. His presence arouses old passions, forcing Paris to confront painful memories that she had come to Austin to forget.

As the clock ticks down, and Valentino's threats come closer and closer to becoming a reality, Paris suddenly finds herself forced to deal with a killer who may not be a stranger at all.

Hello Darkness, my old friend...oh wait...just Hello, Darkness. It's so hard not to sing the song with this title.

Anywho, I liked what Sandra Brown did with this one. She was able to create five male suspects (well, maybe 2 of them were too weak to be the culprit but still) to keep me on my toes. Usually, I'm able to tell who the culprit is pretty early on. In this one, I had to wait until almost the end, to corroborate my suspicions.

Paris Gibson moved to Austin looking for a new beginning. For a couple of years now, she has been doing a music radio show at night. She has developed a faithful and large audience. Paris loves her job. She's able to work almost alone and no one really knows who she is. She likes to wear glasses even in the dark. Her eyes are sensitive and the darkness is her friend.

One night, a recurrent caller by the name of Valentino, tells her she's to blame for him kidnapping a young woman and in seventy-two hours, after raping her, he will kill her. Paris immediately seeks the help of the local police. She believes the threat of his listener and she wants to help in any way she can. What she was not expecting is to meet again a man from her past, Dean Malloy.

Dean Malloy is a not only a cop, he's also a psychologist. Recently, his teenage son has moved in with him. but they are not seeing eye to eye. His son is rebellious and most of the time has a bad attitude.  When Paris comes back into Dean's life, he knows his feelings for her never went away and he will do anything to protect her. Finding Valentino becomes his priority.

Hello, Darkness had great suspense with a good built-in romance! I didn't approve of some of the things both main characters have done/doing but it didn't take away from me liking them both. I was glad they were able to have their second chance.

As for the bad guy, like I said earlier, there were so many who could be Valentino. The big reveal had its own twist which surprised me.

Sandra Brown proves once again, she knows how to write suspense novels.