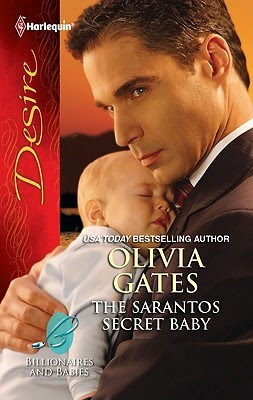 Selene Louvardis has always had a crush on a Greek millionaire Aristedes Sarantos. He has been her family's nemesis/rival in the shipping business for years. Her father has loved to fight him. But when her father passes, Aris comes to her house uninvited and tells her he will miss her dad.

Later on the same night they connect and spend the night together. In the morning, she leaves before he wakes up. Ari leaves the States without saying goodbye.

A year and a half later, Ari is back. He knows he missed Selene and tries to reconnect with her. She declines an affair saying she has a new man in her life. He follows her and discovers that the new man is none other than his own child, now nine months old.

After the shock wears off, he decides to try to convince her that they can be a family. He is willing to try. He takes them to Greece away from work and her brothers to prove they belong together.

Can Ari prove to be a good father and a good husband? Can they overcome their family rivalry?

This was a believable romance. I enjoyed their fights and I enjoyed an alpha male who can admit when he is wrong.