The Slow Burn by Kristen Ashley 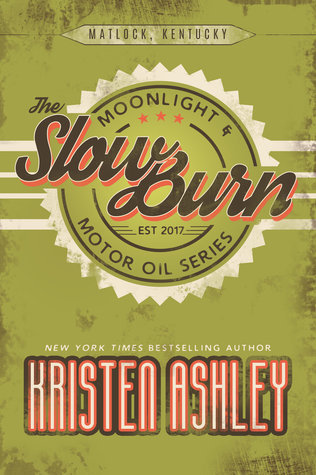 In other words, she was going to be just right.

And when Toby returns to his hometown of Matlock, Kentucky and claps eyes on Adeline Forrester, he knows she’s the one.

The problem is, his brother Johnny has a new girlfriend. And Addie is her sister. Last, Toby would do nothing to hurt Johnny’s chance at happiness.

But he’s fallen hard, and he knows the best thing for him—and Addie—is for him to leave.

Addie Forrester is thrilled her sister Eliza found a good, solid man. Johnny Gamble is the salt of the earth. The best guy in the world.

The best except for his brother, Toby.

Toby doesn’t know it, but Addie’s fallen hard too. He’s perfect, except for the fact that he’s hands off and it’s torture, being friends with Toby when she wants so much more.

Addie also has a lot on her mind. She’s got bills to pay, her young son needs food, Christmas is coming and her job at the grocery store just isn’t cutting it.

Because just like Eliza and Johnny, Addie and Toby were made for each other.

I didn't read Eliza and Johnny's novel, The Hookup, but I had a chance to read The Slow Burn in between my ARCS. The end result: I'm disappointed.

The title of this novel has the perfect name. I found the narrative to be slow, rambling and repetitive. I lost count of how many "Babes", "Honey" and "Let-me-tell-you-how-things-are-going-to-go-because-I'm-the-alpha-here" there were. I just don't see the conversations coming from a guy's mouth to go the way KA writes them in this book.

There was absolutely no major drama or obstacle for this couple. The first time they meet, they are already half in love with each other. So kind of an insta-love situation.

For me, The Slow Burn was saved by some specific scenes. Toby with Addie's child, Brooks. Toby with Johnny talking about the "mother" they had growing up. Eliza and Addie's interactions as sisters, the Gamble brothers listening to their women talking over the phone with their estranged dad and the Epilogue.

I just can't believe this is the same writer who wrote FOUR of my favorite series, Rock Chick, Dream Man, Chaos, and Colorado Mountain.

What happened to KA? Or is it me who just can't connect with her writing anymore? I have to tell you, for a book lover, there's nothing worse than disliking one of your favorite writer's novels.