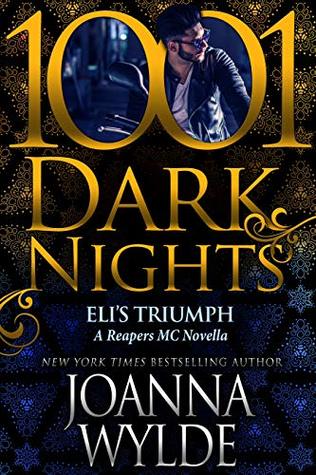 Peaches Taylor spent the last seven years slinging drinks and dodging drunks at the Starkwood Saloon. Some might call it a dead end job, but to her it was an investment—another six months, and she’d have enough money to buy the place.

Eli King is ready to settle down. He stood by his brothers when they needed him, paying the price for their freedom with his own. Now it’s time to claim his reward—the Starkwood Saloon. He’s got the cash to buy the bar, the skills to run it, and just one person standing between him and his dream: Peaches Taylor.

She’s been driving him crazy since they were kids, and not in the good way. When she was six, she shoved a spider down his pants. When he was ten, he locked her in a closet overnight. Then she hot-wired his car at seventeen, and things got ugly…

They’re adults now, and the Starkwood isn’t a toy to fight over—it’s the hill they’ll die on. No prisoners. No compromises. No mercy.

Peaches Taylor and Eli King are going to war.

**Every 1001 Dark Nights novella is a standalone story. For new readers, it’s an introduction to an author’s world. And for fans, it’s a bonus book in the author’s series. We hope you'll enjoy each one as much as we do.**

Peach Taylor and Eli King have known each other practically their whole lives. Peach was eight when eleven-year-old Eli joined her mother and Gus. Gus is Eli's uncle. Peach didn't like losing Gus' attention. She started making Eli's life miserable.

A couple of decades later, Peach is working at the Starkwood Saloon. She has been helping Gus for years. Then she learns that despite wanting to buy it, Gus is selling it to Eli and not her. Talk about mad. Peach wants to punch both of them. It doesn't matter that the Reapers like to hang at the bar. She knows to keep quiet but losing the bar is not something she can do without putting up a fight.

Joanna's Reapers MC series is one of my favorite MC series. The characters are memorable and likable. Most of them are antiheroes. Eli fits with this profile. Someone who has already been to prison (for 5 years) after doing something illegal. Eli believes in the Club. He will do anything to protect it and sometimes that means doing what needs to be done without caring about the consequences.

Peach was harder to like. She was mean to Eli as a kid which forced Eli to retaliate after her attacks. As an adult, I felt she should've known better. If she was miserable with Eli winning the war for the Starkwood Saloon, she could've quit and found a new job without the drama. Notwithstanding, Peach grew on me in the last third of the novella and by the end, I was happy with how the story was developing.

The end felt rushed but this might be just me. Even though my brain knows that a novella should be short, I couldn't help but feel like I needed much more.