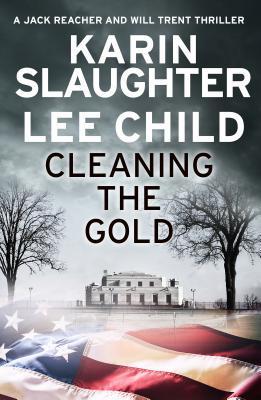 Get ready for a turbo-charged short read (80 pages) from two of the world's biggest thriller writers.

Jack Reacher and Will Trent

Twice the action
Twice the drama
Double the trouble

Will Trent is undercover at Fort Knox. His assignment: to investigate a twenty-two-year-old murder. His suspect's name: Jack Reacher.

Jack Reacher is in Fort Knox on his own mission: to bring down a dangerous criminal ring operating at the heart of America's military. Except now Will Trent is on the scene.

But there's a bigger conspiracy at play - one that neither the special agent nor the ex-military cop could have anticipated. And the only option is for Jack Reacher and Will Trent to team up and play nicely. If they can...

Very intersecting combo of characters. On the one hand, we have Will Trent, the tall, three-piece suit FBI agent who had a tough upbringing but is very smart. On the other hand, you have Jack Reacher, an ex-military man with his own compass for right and wrong.

Will and Jack are brought together into Fort Knox for very different reasons. Will is looking into a cold case and Jack is investigating into some funny business inside Fort Knox. Will doesn’t know if he can trust Jack and vice-versa until a new problem surfaces for both.

I’m a HUGE Will Trent fan. He’s perfectly imperfect. Good detective skills, strong and smart with a good heart. He loves the law and he's great with numbers.

Jack Reacher is a smart person too. He’s super strong and deadly. Yet, he’s guided by justice. He's actually taller than Will!

Quite a lot of fun to have these two worlds colliding. I’m sure Slaughter and Child had a blast writing it.

I've to admit (don't kill me) that I haven't read any of Jack Reacher's books (I've seen the movies with Tom Cruise). After, reading Cleaning the Gold, I need to carve some time for this Lee Child's series.