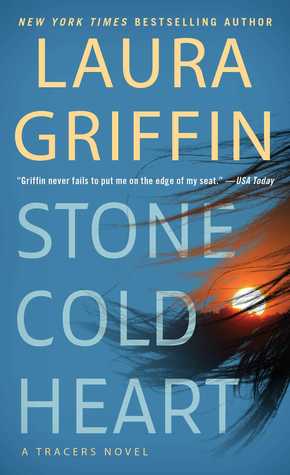 When local rock climbers stumble upon abandoned human bones in a remote Texas gorge, Sara Lockhart is the first to get the call. She has a reputation as one of the nation’s top forensic anthropologists, and police detective Nolan Hess knows she is just the expert he needs to help unravel this case. Although evidence is scarce, Nolan suspects the bones belong to a teenage climber who vanished last summer.


But as Sara unearths strange clues, she finds chilling similarities to a case from her past—a case that now threatens to rock Nolan’s community. While Sara digs deep for answers, the stakes rise higher as another young woman disappears without a trace. Investigators work against the clock as Sara races to discover the truth, even if her harrowing search brings her face to face with a stone-cold killer.

Something weird happened to me while I was reading Stone Cold Heart. I was more interested in the suspense and the unsub than in the romance. As a romantic at heart, this was really shocking to me. No doubt only Laura Griffin can distract me from a HEA!

Stone Cold Heart is the 13th book in the Tracers series. Each book has a new couple investigating a case.

Newcomer Sara Lockhart is a forensic anthropologist. She's at a wedding when she's called by detective Nolan Hess to assist on an investigation. Human bones have been found at a National Park. Sara has recently relocated to Texas after spending some time in Guatemala. She accepted a job at the Delphi Crime Center. Sara is confident in her performance. She's a hard worker and prefers to stay away from any romantic notions. Her last relationship ended with her breaking up her own engagement.

Nolan Hess feels a responsibility to his town. A girl disappeared almost a year ago and her family is still looking for answers. Nolan wants nothing more than to bring the family some closure. He would love to capture the person responsible for her disappearance and put them behind bars for a long time. When human bones are found at the park, he thinks they could be the remains of the missing girl but Sara has her doubts. Then, a new young woman disappears in a city close by.

Stone Cold Heart had the perfect components of a romantic suspense. Laura Griffin is able to create the right environment for the crimes. In this case, the parks, the rock climbing and the caves were an excellent addition to the mystery. The idea of a serial killer dumping bodies so close to other people enjoying the outdoors was scary. I was biting my nails trying to figure out who was the killer. I knew it had to be close to them but I wasn't sure who it was until the end.

Stone Cold Heart is a great complement to the Tracers series. I hope we see many more stories to come.

A complimentary copy was provided by Pocket Star via Netgalley in exchange for an honest review.
Posted by MrsLeif at 8:48 PM