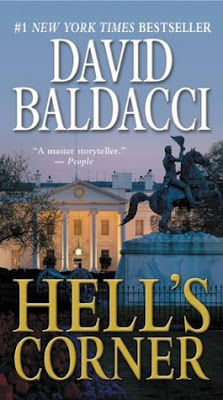 Oliver Stone and the Camel Club return in #1 bestselling author David Baldacci's most stunning adventure yet.

John Carr, aka Oliver Stone-once the most skilled assassin his country ever had-stands in Lafayette Park in front of the White House, perhaps for the last time. The president has personally requested that Stone serve his country again on a high-risk, covert mission. Though he's fought for decades to leave his past career behind, Stone has no choice but to say yes.

Then Stone's mission changes drastically before it even begins. It's the night of a state dinner honoring the British prime minister. As he watches the prime minister's motorcade leave the White House that evening, a bomb is detonated in Lafayette Park, an apparent terrorist attack against both leaders. It's in the chaotic aftermath that Stone takes on a new, more urgent assignment: find those responsible for the bombing.

British MI-6 agent Mary Chapman becomes Stone's partner in the search for the unknown attackers. But their opponents are elusive, capable, and increasingly lethal; worst of all, it seems that the park bombing may just have been the opening salvo in their plan. With nowhere else to turn, Stone enlists the help of the only people he knows he can trust: the Camel Club. Yet that may be a big mistake.

In the shadowy worlds of politics and intelligence, there is no one you can really trust. Nothing is really what it seems to be. And Hell's Corner truly lives up to its name. This may be Oliver Stone's and the Camel Club's last stand

“Everyone has choices. You make them and then you live with the consequences.”

I hope this is not the end of The Camel Club. I'm invested in these characters and I want to know what is next for them.

A stroll through Lafayette Park for Oliver Stone will prove to be more than a headache for him. A bomb has been detonated so close to the White House in spite of all the security surrounding the place. At first, it looks like a terrorist attack targetting the visiting British Prime Minister but after a while, it seems like there is so much more to this very carefully planned attack.

Oliver Stone is pulled to help his government again. A new badge and a new partner is given to him. His new partner is Mary Chapman, an MI-6 agent. Yet, like always with Oliver Stone having his past as John Carr, so many other agencies are not happy with him. Oliver will need to watch his back and when he can trust his own government, he will enlist the help of his friends from the Camel Club to help him investigate the terrorist attack before another one happens.

Hell's Corner was full of action, intrigue and killer suspense. One action, trigger multiple responses and it seemed like Oliver and Mary were always one step behind. They could trust no one but they both wanted the same thing: The truth.

There were two great twists which I loved. The second twist was perfect.

I do hope I get one more book so I can get some answers to the open-ended ones. If not Bon Voyage to Oliver, Annabelle, Mary, Harry, Reuben, Caleb, and Alex.