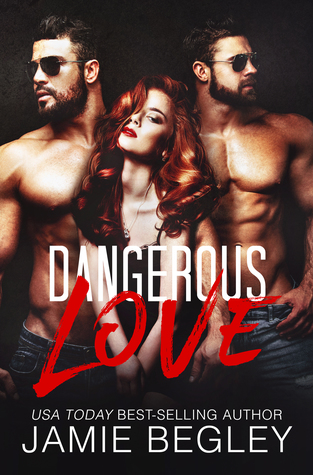 There wasn’t anything Shade didn’t know about his wife, or so he thought. When another man wanted Lily, it didn’t come as a surprise. What did was that she hadn’t told him.

His “Angel” had been sent from heaven just for him, not for another who was trying to steal what was his.

Some lessons had to be learned the hard way and “when you burn, you learn” was his favorite lesson to teach.

Ice had never believed in happily ever after … until he fell in love with Grace. He had put a ring on her finger, trying to tie her to him before she came to her senses and realized there was nothing redeeming about him. So, he wasn’t surprised that their marriage was on the rocks.

She might be chasing rainbows, trying to find the man she believed he was, but rainbows never lasted, and Ice had never pretended to be anything but what he was—a cold-blooded Predator.

She didn’t realize you don’t have to chase after something that’s already been caught.

Hammer and Jonas were on the hunt for a woman to share. However, either they couldn’t agree on the right woman, or she wanted no part of being in a ménage. That they found Mika on Valentine’s Day gave them hope that they had finally found the woman that they could spend the rest of their lives with … until she disappeared the next day, leaving them with an empty bed and no way to find her.

She might have escaped for now, believing she had gotten off scot-free, but the bounty hunters were determined to catch their fleeing third.

She might not know it yet, but some halos were made to be shared.

Dangerous Love is an anthology involving three sets of couples during Valentine's Day.

The first one, Heaven Sent has Lilly and Shade as the protagonists. Shade knows something is off with Lilly. She looks scared but he doesn't know why.  Finding out who's scaring Lilly is his top priority.

In Chasing Rainbows, we finally figure out what had Grace and Ice fighting so much. in T.A.'s book, we knew they had a problem but we're not told exactly what it was. I've always liked this couple and I was glad they got their own little chapter and they were able to resolve their problems.

Lastly, on Halo For Three, we have the two bounty hunters, Hammer, and Jonas on the prowl for the right woman to accept their way of living. When they meet Mica, they think they have found her.

What a treat this was! I got to revisit the Last Riders, Predators, the bounty hunters, the Biker Bitches, and so many more characters. All the stories were all appealing to me. Greer as always makes me laugh so much with his attitude towards every man. Yet, as we all know, he gives a little bit of himself constantly when someone needs help. Shade has become one of my favorite characters. He always has a motive for everything he does and he's always involved in the life of everyone without anyone realizing it. This time, he was pushing Gavin to begin his new journey. I like the brief interaction Grace and Lilly had and how they were comparing notes. I like how Killy had to help her partners when they couldn't do it on their own. Mica was a revelation and I hope we're able to see her and her guys in future books.

I know Ginny and Gavin have to be next and I'm so excited about their story. I hope it's like Jamie Begley's earlier books.