The Identicals by Elin Hilderbrand 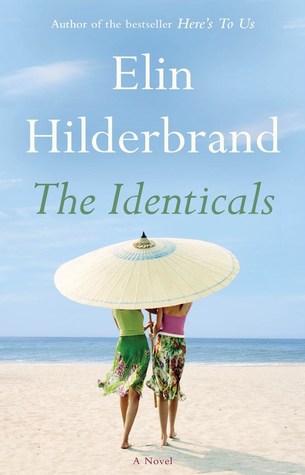 From New York Times bestselling author Elin Hilderbrand, a summertime story about identical twins who couldn't be any less alike.

Nantucket is only two and a half hours away from Martha's Vineyard by ferry. But the two islands might as well be worlds apart for a set of identical twin sisters who have been at odds for years. When a family crisis forces them to band together — or at least appear to — the twins slowly come to realize that the special bond that they share is more important than the sibling rivalry that's driven them apart for the better part of their lives. A touching depiction of all the pleasures and annoyances of the sibling relationship, Elin Hilderbrand's next New York Times bestseller, THE IDENTICALS proves once and for all that just because twins look exactly the same doesn't mean they're anything alike.

“I want you to do what siblings are supposed to do—hate your parents but love each other!”

Fourteen years have gone by before identical twins Harper and Tabitha Frost face each other again. Instead of the twins being close, they have been estranged and had barely any contact. When their father passes away, Tabitha and their mom will travel to Nantucket for the wake.

As teenagers when their parents' divorced, a game of rock, paper, and scissors will be the deciding factor in their separation. The winner will go to live in Nantucket with their easy-going father. The loser will stay in Martha's Vineyard with her mother and her clothesline store. The end result is Tabitha stays with her mother and Harper goes with their father.

As forty-year-old women, their lives have not been what they wanted it to be.

Tabitha is a single mother to Ainsley. She's too uptight and resentful. A loss in her life marked her and she has never been the same. She broke up with her longtime boyfriend when he asked for more. She's a poor parent figure to Aisnley.

Harper's life is in turmoil. She has taken care of her ailing father for the last year. She has seen him lose the battle and die. Her personal life is a mess. She's having an affair with her dad's married physician and she recently started dating a younger cop whom she's not in love with. Her reputation in Nantucket is all unfavorable.

Ainsley is popular, conceited and a brat. She has no respect for Tabitha whom she calls by her first name. She's also drinking, partying too much and is surrounded by friends just like her. The exception is her boyfriend, who's nice until he breaks up with her and decides to date someone else.

A new situation will make the twins switch islands and this is when the story is unputtable-down.

Talk about drama! The Identicals is a synonym for family dysfunction. Between the sibling rivalry, the secrets from the past, the many mistakes each woman have committed and a poor relationship between mother and daughters, this is an exceptional drama magnet. One I enjoyed it tremendously. I love how the author was able to make all the women in this novel mature emotionally in a natural way making it believable.

So why not a five fang?

I didn't like that the men in The Identicals had so little determination to fight for the women they have fallen for. They took too long.

The best part was Fish's epilogue. I love, love, love that Elin Hilderbrand used him to provide it. It gave me a huge smile.