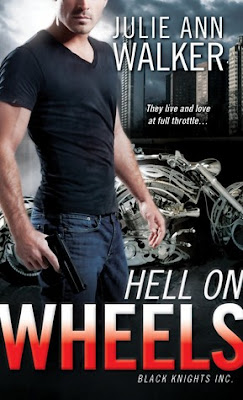 Ali Morgan is dealing with the death of her brother. Her brother was part of an undercover elite group called the Black Knights. On the outside, they seem to be a custom bike company. The truth is that they do jobs for the government under the radar.

Ali has her suspicions, especially since her bother's best friend Nate "Ghost" Weller is also a member. She has always had a thing for him but he seems to hate her.

When Ali's life is in danger, she seeks his help. Nate has had his eyes on Ali since the first time he met her, but Ali's brother told him not to even think about it.

Now, they are forced to be work together and find out who is after her and why. Can Ali convince him she is the woman for him? Can they overcome the odds?

I like the first book. I'll probably read the rest of the series since book two has a very interesting couple.