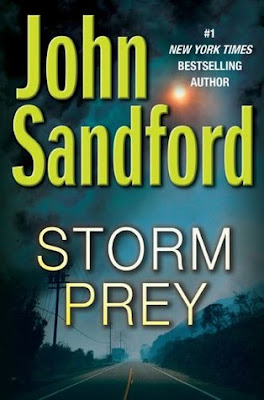 A daring drugs raid on a Minneapolis hospital takes place on the same day that Lucas Davenport's wife, Weather, is due to perform an operation to separate conjoined twins. Investigating the raid, Davenport concludes that it must have been an inside job and, as a witness, Weather is now in grave danger.

Truly enjoyed this one!
A robbery has occurred at the hospital where Weather Karkinnen works at. Weather is Lucas Davenport's wife. During the robbery, a man was attacked and he succumbs to his injuries. Lucas is called to investigate the crime once he realizes Weather might have seen the killers leaving the premises. Unbeknownst to Weather, she has also met another one of the criminals the morning of the attack.
Lucas would like to make Weather leave the city but she is performing a conjoined twin surgery so she won't do it. Weather decides to let Lucas worry about her safety and she will only concentrate on the twins' surgery and their survival instead.
Another great addition to this series! John Sandford continues to write great character development. He also brings his other main character, Virgil Flowers to help protect Weather which makes fans of both series quite happy.
There is plenty of action and hilarity on this one too, things that I have come to expect regularly from this series.
Cliffhanger: No
4/5 Fangs