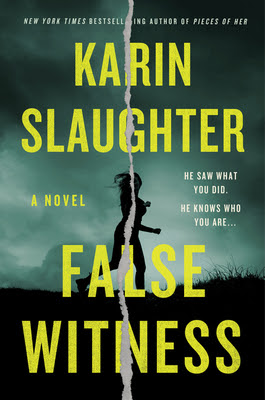 AN ORDINARY LIFE
Leigh Coulton has worked hard to build what looks like a normal life. She has a good job as a defence attorney, a daughter doing well in school, and even her divorce is relatively civilised - her life is just as unremarkable as she'd always hoped it would be.
HIDES A DEVASTATING PAST
But Leigh's ordinary life masks a childhood which was far from average... a childhood tarnished by secrets, broken by betrayal, and finally torn apart by a devastating act of violence.
BUT NOW THE PAST IS CATCHING UP
Then a case lands on her desk - defending a wealthy man accused of rape. It's the highest profile case she's ever been given - a case which could transform her career, if she wins. But when she meets the accused, she realises that it's no coincidence that he's chosen her as his attorney. She knows him. And he knows her. More to the point, he knows what happened twenty years ago, and why Leigh has spent two decades running.
AND TIME IS RUNNING OUT
If she can't get him acquitted, she'll lose much more than the case. The only person who can help her is her younger, estranged sister Calli, the last person Leigh would ever want to ask for help. But suddenly she has no choice...

Two sisters, one crime. Two different futures.
Callie and Leigh were brought up by a mother who repeatedly abused them. At a young age, they had to find work to stay alive and feed themselves.
In the present, Leigh is a great lawyer, with a wonderful daughter but separated from her nice husband. Leigh's coping mechanism is to compartmentalize the different aspects of her daily life. On the other hand, Callie is a heroin junkie although she would do any other drugs yet nothing calls to her so much as the needle.
When Leigh finds out she has been chosen to represent a young man accused of rape, she is ready to do her job until she recognizes the person in front of her. She knew him many years ago and he seems to know her deepest secret.
Karin Slaughter is the writer of one of my favorite series, Will Trent. I do love that man and I would read any of the books he is in. Just like Will Trent, False Witness is also set in Georgia. Callie and Leigh were characters I was rooting for. They were fully characterized and I liked both of them despite their issues. I might not have agreed with the ending but I knew it was going that way earlier on so it wasn't surprising, just sad.
Slaughter doesn't hold back. False Witness does have many topics that might not be for everyone. The violence is quite detailed. Same with the sexual abuse, drug abuse, mental illnesses, and COVID pandemic to name a few.
Do I think it was too early for COVID to be in my fiction book? yes, but that is just my opinion.
Cliffhanger: No
4/5 Fangs
Posted by MrsLeif at 11:52 AM