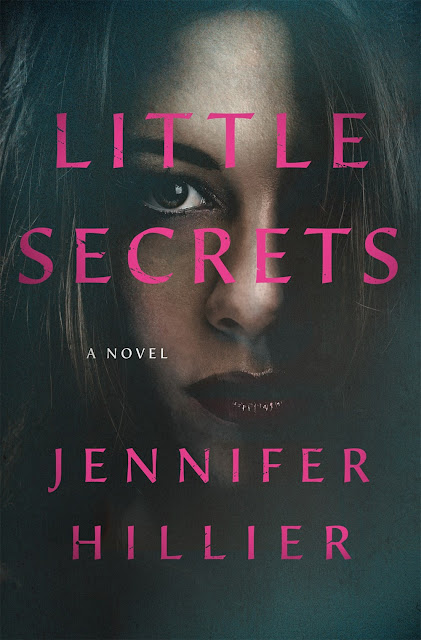 From the author of Jar of Hearts, a mother driven to the edge by the disappearance of her son learns her husband is having an affair with the woman who might have kidnapped him.
Four hundred and eighty seconds. That’s how long it took for someone to steal Marin Machado's four-year-old son.

Marin had the perfect life. Married to her college sweetheart, she owns a chain of upscale hair salons, and Derek runs his own company. They're admired in their community and are a loving family. Up until the day Sebastian is taken.

A year later, Marin is a shadow of herself. The FBI search has gone cold. The publicity has faded. She and her husband rarely speak. The only thing keeping her going is the unlikely chance that one day Sebastian reappears. She hires a P.I. to pick up where the police left off, but instead of finding him, she discovers that Derek is having an affair with a younger woman.

Kenzie Li is an artist and grad student—Instagram famous—and up to her eyeballs in debt. She knows Derek is married. She also knows he's rich, and dating him comes with perks: help with bills, trips away, expensive gifts. He isn't her first rich boyfriend, but she finds herself hoping he'll be the last. She's falling for him—and that was never part of the plan.

Discovery of the affair sparks Marin back to life. She's lost her son; she's not about to lose her husband, too. Kenzie is an enemy with a face, which means this is a problem Marin can fix. But as she sets a plan in motion, another revelation surfaces. Derek's lover might know what happened to their son. And so might Derek.

"all it took was a lollipop, a santa suit and 4 minutes,"

Little Secrets was interesting and it got quite superb at the 80% mark with a fabulous twist.

The book begins with a mom, Marin Machado and her son Sebastian shopping at Christmastime. Then, she gets distracted with a cellphone call and the next thing she knows, Sebastian is gone. Marin realizes that for just a few minutes, she let go of his small hand while she was talking to her husband, Derek. She becomes frantic when she realizes she can’t see him anymore. She starts screaming and asking for help. Soon, someone calls 911 and the police arrive to help. Later on, both parents can see the video surveillance camera and they can see their young son, Bash leaving with Santa Claus and both disappearing into the parking lot.

After a few months, mom hires a private detective to look into his disappearance. A year later,  she gets a call to meet with the PI and to her surprise,  it's to tell her that her husband is having an affair. with a young woman by the name of Kenzie. An affair that has been ongoing for the last six months. After the meeting, she's ready to do the unthinkable. She asks her best friend (and ex-lover) Sal to help her. She wants to get rid of the other woman. A woman who's trying to take something else from her. Then, just when things start happening, she realizes this other woman might know what happened to her son.

The story is told from a dual POV. Marin and Kenzie both have a voice.

Little Secrets was a really interesting novel which deals with the grief a mother feels after the loss of her child. It demonstrates how a support group might help and how wrong decisions can be made after such a terrible loss. I understood why she thought about hurting the other woman but I think she should’ve been mad with the right person which was her husband instead.

The conclusion left me satisfied with most of the actions.

A complimentary copy was provided by St. Martin’s Press/Minotaur Books via Netgalley in exchange for an honest review.