Please See Us by Caitlin Mullen 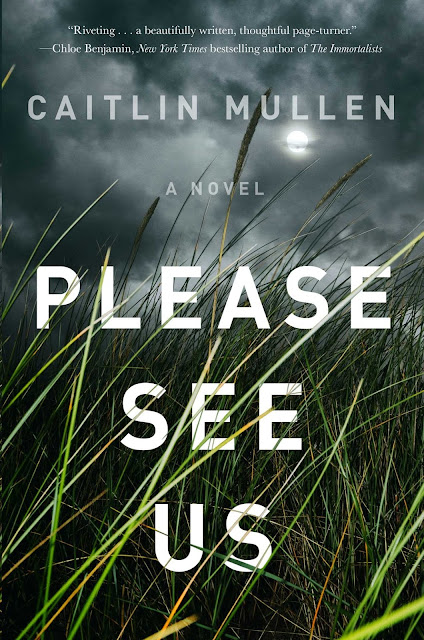 Summer has come to Atlantic City but the boardwalk is empty of tourists, the casino lights have dimmed, and two Jane Does are laid out in the marshland behind the Sunset Motel, just west of town. Only one person even knows they’re there.

Meanwhile, Clara, a young boardwalk psychic, struggles to attract clients for the tarot readings that pay her rent. When she begins to experience very real and disturbing visions, she suspects they could be related to the recent cases of women gone missing in town. When Clara meets Lily, an ex-Soho art gallery girl who is working at a desolate casino spa and reeling from a personal tragedy, she thinks Lily may be able to help her. But Lily has her own demons to face. If they can put the pieces together in time, they may save another lost girl—so long as their efforts don’t attract perilous attention first. Can they break the ill-fated cycle, or will they join the other victims?

Evocative, eerie, and compelling, Please See Us is a fast-paced psychological thriller that explores the intersection of womanhood, power, and violence.

Oh gosh, this book was too DEPRESSING for me. All the women seem to be doom and gloom in Atlantic City. Nowhere to run or survive. All women had to become some type of prostitute to make a living. Very sad characters indeed.

Please See Us narrates the story of a serial killer who is disposing of the bodies of his victims in the marshland behind the Sunset Motel during a summer in Atlantic City.

The "Janes" want to be found. They are all together, all alone without a voice and no one is trying to find their bodies until Clara, a psychic teenager starts having visions about the women. She begins a friendship with Lily, a Casino spa receptionist. With her help, Clara believes she can put together the visions the women are sending her.

Clara's life has not been easy. Her mother left her with her aunt, Des. Des has no scruples. She has made Clara a thief and a con artist. Soon she begins manipulating Clara into agreeing to prostitute herself.

Lily is from Atlantic City but she was living in New York City. She has an eye for art and was dating Matthew, a sculptor until he betrays her in the worse kind of way affecting her work. Lily runs back home to lick her wounds and to create a new her after losing everything.

One more important character is Luis, a janitor who's deaf and blind. Luis has his own demons. He's constantly made fun of and attacked on a regular basis. The police can see it happening but they don't do anything to help him.

Like I said earlier, Please See Us was too depressing to enjoy. It also left me with too many unanswered questions. I know I'm in the minority since so many of my book friends love it. It was just not for me.

A word of advice for readers, this book has many scenes and forms of abuse towards women.