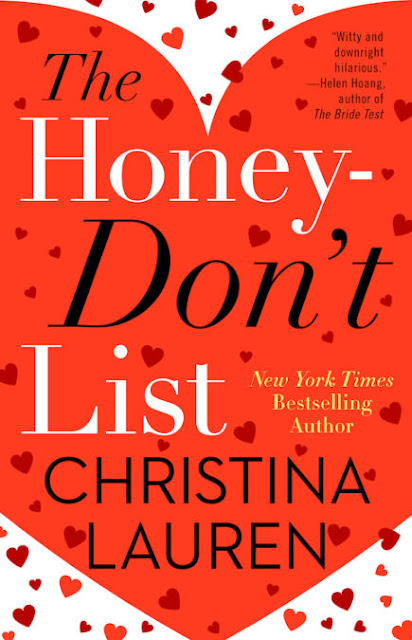 Carey Douglas has worked for home remodeling and design gurus Melissa and Rusty Tripp for nearly a decade. A country girl at heart, Carey started in their first store at sixteen, and—more than anyone would suspect—has helped them build an empire. With a new show and a book about to launch, the Tripps are on the verge of superstardom. There’s only one problem: America’s favorite couple can’t stand each other.

James McCann, MIT graduate and engineering genius, was originally hired as a structural engineer, but the job isn’t all he thought it’d be. The last straw? Both he and Carey must go on book tour with the Tripps and keep the wheels from falling off the proverbial bus.

Unfortunately, neither of them is in any position to quit. Carey needs health insurance, and James has been promised the role of a lifetime if he can just keep the couple on track for a few more weeks. While road-tripping with the Tripps up the West Coast, Carey and James vow to work together to keep their bosses’ secrets hidden, and their own jobs secure. But if they stop playing along—and start playing for keeps—they may have the chance to build something beautiful together…

From the “hilariously zany and heartfelt” (Booklist) Christina Lauren comes a romantic comedy that proves if it’s broke, you might as well fix it.

I’m always looking forward to reading a book by Christina Lauren. This duo can bring the smiles and the sexy out very easily.

As soon as I saw The Honey-Don't List as an option to request it,  I was requesting away and happy to dive into it.

The plot involves Carey Fern Duncan and James Westman McCann helping a well-known HGTV couple, Melissa and Russell "Rusty" Tripp. The Tripp's have become quite successful between their popular stores, Comb+Honey, the upcoming launch of their new book, and their new TV series, New Spaces.

Carey works for Melly who is the designer half of the Tripp's couple. At first glance, everyone believes Carey is just Melly's assistant but the truth is that Carey is the one who has been designing for them the whole time.  From the first window decor on their first store to now. Carey has been working for them since she was sixteen. One of the reasons why she does not want to leave her job is because she has a medical problem requiring good insurance.

James, an MIT graduate, gets hired as an engineer but he soon realizes that his real job is to become Rusty’s assistant. He’s frustrated with the position but he can't quit since he’s starting over after his last job was a disaster.

Then, there is a big secret. No one knows that the perfect TV couple can’t stand each other in real life. They're nothing but a sham. Melly craving the media attention and Rusty following any skirt that crosses his path. And you guessed it, our hero and heroine are assigned to keep them in line and to avoid the truth coming to light before their TV show debuts or before they kill each other.

This was a fun and fast read. I liked that the heroine had a disability and how the hero reacts to learning about it. There was good banter but not as much as I've seen in these authors' prior work.