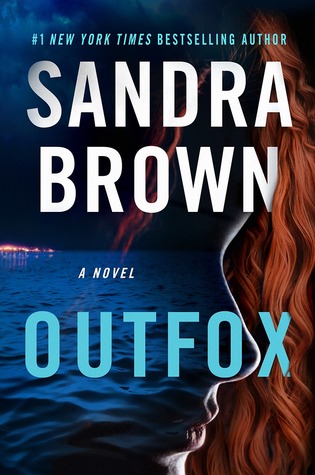 Sure to keep readers on the edge of their seats, this new novel will feature Brown's signature combination of steamy romance and jaw-dropping plot twists.

FBI agent Drex Easton is relentlessly driven by a single goal: to outmaneuver the conman once known as Weston Graham. Over the past thirty years, Weston has assumed many names and countless disguises, enabling him to lure eight wealthy women out of their fortunes before they disappeared without a trace, their families left without answers and the authorities without clues. The only common trait among the victims: a new man in their life who also vanished, leaving behind no evidence of his existence . . . except for one signature custom.

Drex is convinced that these women have been murdered, and that the man he knows as Weston Graham is the sociopath responsible. But each time Drex gets close to catching him, Weston trades one persona for another and disappears again. Now, for the first time in their long game of cat and mouse, Drex has a suspect in sight.

Attractive and charming, Jasper Ford is recently married to a successful businesswoman many years his junior, Talia Shafer. Drex insinuates himself into their lives, posing as a new neighbor and setting up surveillance on their house. The closer he gets to the couple, the more convinced he becomes that Jasper is the clever, merciless predator he's sought--and that his own attraction to Talia threatens to compromise his purpose and integrity.

This is Drex's one chance to outfox his cunning nemesis before he murders again and eludes justice forever. But first he must determine if the desirable Talia is a heartless accomplice . . . or the next victim.

I do love reading any of Sandra Brown's books. It brings me comfort to know ahead of time that I'll enjoy hours of entertainment. Outfox is a suspense romance novel with a serial killer on the loose.

In Outfox, we have the main character, FBI agent Drex Easton who's seeking justice. He has made his life's work to hunt down the man responsible for the disappearance and possible murder of wealthy women and their fortunes. For Drex, the hunt is personal. He doesn't care about not running the investigation by the book as long as he can outfox his guy. After some new information comes to light, Dex is sure Weston Graham and Jasper Ford are the same man and with the help of two of his friends, he thinks he can prove it.

When he moves next to Jasper, he meets his much younger wife, Thalia Shafer. Dex knows he's in trouble when he finds himself attracted to this woman. He doesn't know if she's an innocent and possibly his next victim or if she's his accomplice but one way or another, he's ready to find out. Using surveillance equipment and his own wit, he knows this time, he won't let Jasper disappear again.

As a whole. I liked Outfox. I loved Drex's personality. He wanted to prove that there was a serial killer out there who had gotten away with murder for way too long and he was not going to be deterred. I liked Thalia too although it took me longer to like her character, I mean how did she not know that Jasper was evil. What made her say yes to his wedding proposal?

Anyway, the suspense kept me entertained and the romance was fantastic! There was one twist that I thought came out of nowhere and didn't bring much to the storyline but that is just my opinion.