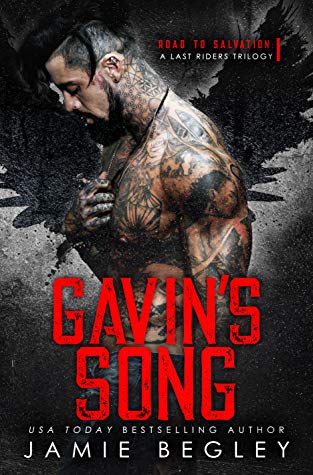 Have you ever wondered what happens to two souls destined for each other before they even meet?
Well, this is it…

Gavin had believed himself untouchable. There wasn’t an inch of his body that hadn’t been taught to eliminate any threat, both to himself and others, as a Navy SEAL. Not only had he been trained to be a warrior, but a strategist who could accomplish any mission that he was given…
Until the day he was blindsided by a brother with his own agenda and was forced to accept that everything he had believed in had been an illusion.
An illusion that he was capable of love.
An illusion of the woman who had kept him sane during his darkest days.
An illusion that The Last Riders would always have his back.

Now he was being forced to accept the man they had created. A man who didn’t care about anything or anyone, living a life without reason, joy, or peace. A soul so broken that it couldn’t be fixed, searching for the one reason to keep himself breathing.
How was he supposed to know it was a song?

Gavin's Song is the perfect introduction to the trilogy!

We have seen Ginny appear in a few books and of course, we knew about Gavin too.
Here we get to learn more about Evangeline who now goes by the name of Ginny. We learned so many things like how she ended up knowing Hammer and ending up as a Coleman for a while and then ending up as a foster child for the Wests'. We see how her friendship with Willa developed and later on her friendship with Penni too. Then, how she ended up singing for Kaden and Mouth2mouth. We also learned a little bit about her stalker (or stalkers).

Gavin is a different story. We learned about his immaturity. His fights with Viper. His love for Taylor and how excited he was for their wedding and the start of a new factory for the brothers. Then, he gets kidnapped and tortured for TEN years. His abuse is the hardest part to read about this book. My heart was breaking for him. He became an addict by force. He lost faith in himself and in his club. His healing road is a long one and I'm excited to see how Ginny plays a part in it.

With Gavin's Song, Jamie Begley has given us their timelines in a precise way. We know everything about each of the characters before they formally meet and I love the way she finishes Gavin’s Song. It was the perfect entrance.

I can’t wait for the next two books.