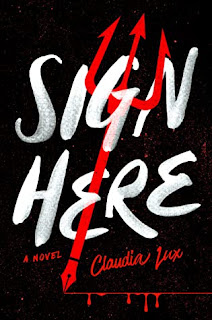 A darkly humorous, surprisingly poignant, and utterly gripping debut novel about a guy who works in Hell (literally) and is on the cusp of a big promotion if only he can get one more member of the wealthy Harrison family to sell their soul.
Peyote Trip has a pretty good gig in the deals department on the fifth floor of Hell. Sure, none of the pens work, the coffee machine has been out of order for a century, and the only drink on offer is Jägermeister, but Pey has a plan—and all he needs is one last member of the Harrison family to sell their soul.
When the Harrisons retreat to the family lake house for the summer, with their daughter Mickey’s precocious new friend, Ruth, in tow, the opportunity Pey has waited a millennium for might finally be in his grasp. And with the help of his charismatic coworker Calamity, he sets a plan in motion.
But things aren’t always as they seem, on Earth or in Hell. And as old secrets and new dangers scrape away at the Harrisons’ shiny surface, revealing the darkness beneath, everyone must face the consequences of their choices.

A story with a different type of Hell.
There are two main storylines on Sigh Here.
In one, we meet Peyote Trip. He works on the fifth floor of Hell. Meaning he has survived the worst. Now, he is one of those guys that offered you an out when things are bad as long as you sign your soul on the dotted line. He enjoys his trips to earth to get his marks. Pey has in his sights a big target: the Harrison family. Peyote needs a fifth-generation member to sign the contract and he knows he is close to achieving it when a new employee lands on fifth with him. Her name is Calamity and despite him knowing better, he can't seem to stop from wanting to help her.
The second storyline involves the Harrisons. There is Silas who is a teacher and who tries to be a good father. His wife Lily is having an affair. His son Sean seems to be a recluse always watching video games and then there is his young daughter, Mickey who is being bullied at school until popular and beautiful Rose decides to friend her. Next thing you know, Rose is being invited to their summer home in New Hampshire for their yearly vacation. This is the property where almost two decades ago Silas' brother, Phil killed Sarah, a seventeen-year-old girl.
I liked both timelines. I wanted Peyote to get his fifth generation for sure. None of the Harrisons were very likable yet I started to care for them. Well maybe not all of them, since Silas was kind of creepy around Ruth.
Cliffhanger: No
3/5 Fangs
A complimentary copy was provided by Berkley via Netgalley in exchange for an honest review.
Posted by MrsLeif at 7:12 PM