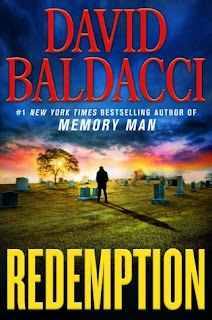 Detective Amos Decker discovers that a mistake he made as a rookie detective may have led to deadly consequences in the latest Memory Man thriller in David Baldacci's #1 New York Times bestselling series.
Amos Decker and his FBI partner Alex Jamison are visiting his hometown of Burlington, Ohio, when he's approached by an unfamiliar man. But he instantly recognizes the man's name: Meryl Hawkins. He's the first person Decker ever arrested for murder back when he was a young detective. Though a dozen years in prison have left Hawkins unrecognizably aged and terminally ill, one thing hasn't changed: He maintains he never committed the murders. Could it be possible that Decker made a mistake all those years ago? As he starts digging into the old case, Decker finds a startling connection to a new crime that he may be able to prevent, if only he can put the pieces together quickly enough...

Amos Decker, the man with a perfect recall memory, is back in his hometown. But the visit is not a happy one. He is back in Burlington, Ohio to visit the gravesite of his daughter who would have been fourteen.
While at the cemetery with his FBI partner, Alex Jamison, Meryl Hawkins shows up. Meryl is the first man Decker and his police partner Mary Lancaster ever put behind prison bars years ago when he was just a rookie. Meryl is there to tell him that he was innocent. He says that he didn't kill those men and the children. He asks Amos to find out the true murderers. The next day, Hawkins is found murdered. Amos knows he needs to investigate even if this means he could lose his consulting position with the FBI. His boss is not happy with him and neither are some of the cops he used to deal with.
A great addition to the Amos Decker series. Many dead bodies and a sense that Amos was always two steps behind the real killers, kept the story moving and interesting to this reader.
I still have two more books to catch up but Lucas Davenport had kept me busy for a long time.
Cliffhanger: No
4/5 Fangs