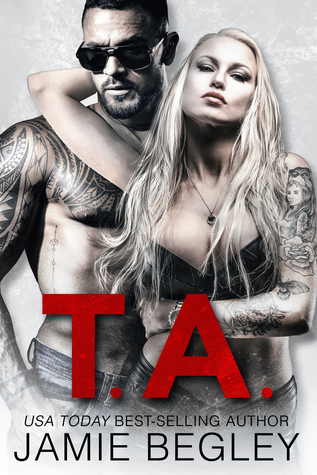 Cuffing season was supposed to be about finding a hook-up to keep her warm during the cold Kentucky winter nights. T.A. wasn’t looking for Mr. Right; she just wanted Mr. Available.


That was before she met Dalton Andrews. The widower was nursing a broken heart, and the only thing he wanted was a woman to take his grown kids’ minds off worrying about him.


It was supposed to be a trade-off—he would keep her warm and toasty during the nights, and she would put up a smokescreen in front of his kids during the days. It was a win-win situation.


That was until the famous actor decided he wanted out of the deal and Mr. Available was a no-show during the biggest snowstorm of the year.


Poor schmuck didn’t realize that all the drama he had experienced in Tinseltown was nothing compared to dealing with this bitch.

I'm sad this one didn't work for me. I didn't feel like there was a big conflict that needed a big resolution.

I'm not sure why I'm not connecting with this author's writing anymore. I missed her earlier work terribly. My favorite parts are always when the old characters appear as cameos.

I had a hard time relating to the main couple. I didn't feel the love between T.A. and Dalton. Most of the book passes with T.A. following Dalton. Throwing herself at him. While T.A. is all over him, Dalton spends his time mourning the loss of his wife. Even though she died a few years ago, he misses "his soulmate", which he's not afraid to tell T.A. Just exactly what a woman wants to hear. T.A. deserved so much better than a guy still in love with his dead wife. Don't get me wrong, I liked Dalton, I just don't think it was the one for her. I felt that she settled for Dalton instead of having a man who was head over heels in love with her.

The other thing that bothers me about T.A.'s book is the lack of resolution about Grace and Ice's issues. I loved them as a couple and knowing they were having issues which were not explained well didn't make sense.

There is a good spoiler that made me excited about the next Last Rider's book. I do hope this one takes me back to loving this world again.

Will I read the next book? Absolutely, I just can't let this series go.