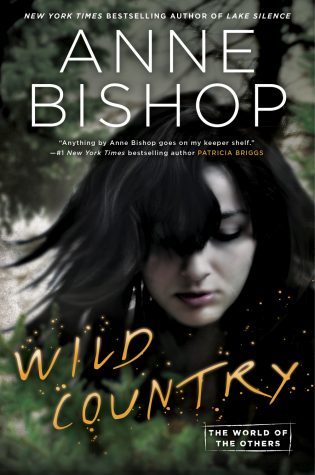 In this powerful and exciting fantasy set in the world of the New York Times bestselling Others series, humans and the shape-shifting Others will see whether they can live side by side...without destroying one another.


There are ghost towns in the world—places where the humans were annihilated in retaliation for the slaughter of the shape-shifting Others.


One of those places is Bennett, a town at the northern end of the Elder Hills—a town surrounded by the wild country. Now efforts are being made to resettle Bennett as a community where humans and Others live and work together. A young female police officer has been hired as the deputy to a Wolfgard sheriff. A deadly type of Other wants to run a human-style saloon. And a couple with four foster children—one of whom is a blood prophet—hope to find acceptance.

But as they reopen the stores and the professional offices and start to make lives for themselves, the town of Bennett attracts the attention of other humans looking for profit. And the arrival of the Blackstone Clan, outlaws and gamblers all, will uncover secrets…or bury them.

Now we are talking!

Wild Country was A.M.A.Z.I.N.G!! It was as good as reading a Meg and Simon's book! It had all the right elements to hook me from the very first chapter.

The timeline of Wild Country is around the time Crispin's brother shows up to the Lakeside Courtyard on Etched in Bone. We get to meet new characters and get to know more of the old ones too.

Jessie and Tobias Walker (mother and son) are Intuits. Jessie gets a "feel" for people while Tobias gets a "feel" for animals. They are both from Prairie Gold but are helping Tolya Sanguinatti, the Vampire who's in charge of Bennett. All humans from Bennett were killed by the Elders after the Human First and Last Movement attacked the Others and Tolya is in charge of repopulating it with the right kind of humans.

Jana Paniccia is hired to work with Bennett's sheriff, Virgil Wolfgard. Virgil has all the right reasons to hate the humans but he understands why they might need Jana. His idea of dealing with women is to put them in jail under a "me time" space.

Barb Debeny is in charge of the pets and the relocation of them to new homes. She has a happy personality and is very friendly, traits which can be confusing to the terra indigene especially to Virgil.

Wild Country was fabulous! I couldn't be happier that we are able to learn more about these characters. I love to read what was going through Tolya's head. Virgil and Jana's interaction with the puppy had me laughing at loud. I like the idea of Jana and Tobias together too. Jessi had so many important interactions, one I didn't see it coming. I wonder what will happen next with this mixed community of terra indigene and humans and who else shows up.

Wild Country was engaging, fast-paced, funny and sad at times. Definitely a winner!!

Thank you Ace and NetGalley for providing me with a complimentary copy in exchange for an honest review.