The Matchmaker by Elin Hilderbrand 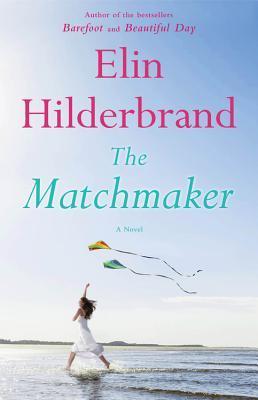 A touching new novel from bestselling author Elin Hilderbrand in which a woman sets out to find love for those closest to her - before it's too late.


48-year-old Nantucketer Dabney Kimball Beech has always had a gift for matchmaking. Some call her ability mystical, while others - like her husband, celebrated economist John Boxmiller Beech, and her daughter, Agnes, who is clearly engaged to the wrong man - call it meddlesome, but there's no arguing with her results: With 42 happy couples to her credit and all of them still together, Dabney has never been wrong about romance.


Never, that is, except in the case of herself and Clendenin Hughes, the green-eyed boy who took her heart with him long ago when he left the island to pursue his dream of becoming a journalist. Now, after spending 27 years on the other side of the world, Clen is back on Nantucket, and Dabney has never felt so confused, or so alive.


But when tragedy threatens her own second chance, Dabney must face the choices she's made and share painful secrets with her family. Determined to make use of her gift before it's too late, she sets out to find perfect matches for those she loves most. The Matchmaker is a heartbreaking story about losing and finding love, even as you're running out of time.

This will teach me to read the synopsis before starting a book. Elin Hilderbrand clearly hints about the outcome of this book but sadly, I  didn't read it and I just thought: "What a cute name for a book". I will say it was a very deceiving title and it left me completely unprepared for my feelings as I started approaching the end of The Matchmaker. It was, to say the least, a bittersweet story.

As with her prior books, Elin Hilderbrand takes you back to the Island of Nantucket with its charming people, beautiful sceneries and the unraveling of a specific family or character's life.

Dabney Kimball Beech has always loved only one man, Clendenin Hughes. When he left the island twenty-seven years ago in the pursuit of his dream as a journalist, he took her heart with him. She did marry a man that she has come to care for, John Boxmiller Beech.

Box is a famous economist whom even the President of the United States likes to consult from time to time. When Clendenin left he didn't know Dabney was pregnant with their daughter, Agnes. Box took the role of a father as Agnes starting growing up. Now as a young woman, Agnes is dating an older man. Someone Dabney doesn't approve of.

To make her life even more interesting, Dabney receives an email from Clendenin. In it, he tells her that he's coming back to Nantucket and he wants to reconnect with her. This piece of news will mark the beginning of a new chapter in Dabney's life.

Dabney was a very nice woman. She was a huge believer in love and she tried to help everyone around her. For this reason, everyone liked her. She was friendly, sweet and she had a stellar reputation as a matchmaker. A total of Forty-two couples were together because of Dabney. The only one she never got right was her own love story. She was in love with Clendenin from the first moment he joined her school. His return to the island brings chaos into her life. Too many things are happening too fast for Dabney. She will need to learn to deal with all of her new emotions and decide if it's too late for her and Clendenin or if she continues living comfortably with Box.

I thought the last third of the book was a tear jerker. It was unexpected but it gave the story a tone of truthfulness.

The Matchmaker proves to me once again that Elin Hilderbrand can bring a phenomenal gamma of emotions to her stories.