The Idea Of You by Robinne Lee 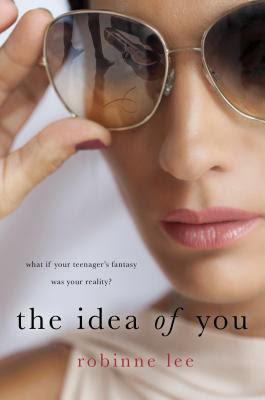 What begins as a series of clandestine trysts quickly evolves into a passionate relationship. It is a journey that spans continents as Solène and Hayes navigate each other’s disparate worlds: from stadium tours to international art fairs to secluded hideaways. And for Solène, it is as much a reclaiming of self, as it is a rediscovery of happiness and love. When their romance becomes a viral sensation, and both she and her daughter become the target of rabid fans and an insatiable media, Solène must face how her new status has impacted not only her life, but the lives of those closest to her.

Wow! Just...wow! To say that I loved this book would be putting it lightly, very lightly. I devoured this book like it was my salvation and it would be yanked from me at any moment! I loved this book so much that it's hard to formulate the right words to express how I feel, but I'll give it a shot.

I read this book at the recommendation of a friend, a very dear friend who I will adore forever! I went into it without knowing much, only that it involved a band. I liked it instantly because being the fangirl that I am I love boy bands (don't judge me). Then I soon realized it wasn't going to be the normal type of relationship because of the older woman/younger man dynamic, which I loved by the way. Solène is divorced, she's a single mother of a preteen daughter, she co-owns an art gallery so to say the least I really liked her. She meets August Moon when she takes said daughter to a meet-and-greet with the band, and that's where she meets Hayes. Hayes and Solène have an instant attraction and even though Solène plays it off Hayes isn't willing to let it go so easily.

This story is so well written in so many ways! It is so perfectly descriptive and the characters are honestly very easy to fall in love with. The relationship between Hayes and Solène is so utterly fascinating and stirred so many emotions. I loved reading the push-and-pull between two people who are falling in love with each other, but also knowing that it's hopeless had me feeling all kinds of heartache. I honestly had a real physical reaction to the love between these two! I couldn't read fast enough, I could't read slow enough, I couldn't form coherent thoughts. I just needed more! In the end I was left with a hole in my heart, a hole that I'm hoping can be healed with more of Hayes and Solène, I can only hope. This book deserves all of the stars in the world!

ROBINNE LEE is an actor, writer and producer. A graduate of Yale University and Columbia Law School, Robinne was born and raised in Westchester County, New York. Robinne has numerous acting credits in both television and film, most notably opposite Will Smith in both "Hitch" and "Seven Pounds." Her recent credits include "Fifty Shades Darker" and "Fifty Shades Freed," playing Ros Bailey.

Robinne currently lives in Los Angeles with her husband and two children.

Email ThisBlogThis!Share to TwitterShare to FacebookShare to Pinterest
Labels: Review August Moon, Robinne Lee, The Idea of You