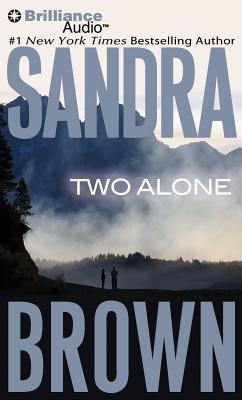 Beautiful and self-confident businesswoman Rusty Carlson was hurt, terrified and alone with a man she feared. But one thing was certain she would surely die without his help.

Vietnam vet Cooper Landry had a deep-rooted grudge against beautiful women like Rusty. Experience had taught him they were takers. But he'd survived far worse dangers, and this time he'd be damned if he'd let her risk his chance for survival. But there were predators in the dense woods both animals and human and the odds were against them. They could handle that.

What Rusty and Cooper weren't prepared for was the discovery that they desired more than just survival.

It was bound to happen. For the first time since I started reading her books, I found a hero who's not to my tasting.

He was so mean and rude to her. For me, it was a little too late when he realized what he had and then decided not to let her go.

Maybe it's because this book was written some time ago but I just didn't like the guy. I was all about the heroine. She did her best in an awful situation and she was super patient with him and his frequent outbursts of anger. I mean she had no other means of survival so I get why she needed to be on her best behavior with him but once civilization was back on the plate, she should have made him grovel big time.

So what's Two Alone about?

Rusty Carlson and Cooper Landry found themselves as the sole survivors after a plane crash.  Rusty is the first one to wake up and she helps Cooper get out of the plane. As soon as Cooper is awake, he takes the lead in organizing their survival.

Rusty is a successful real state agent in Los Angeles. She comes from money. Despite this, she's able and ready to deal with her new environment.

Cooper is an ex-Vietnam vet. He's rough around the edges. He's a man of few words and he's someone who mistrusts women implicitly. He dislikes Rusty from the moment his eyes landed on her. She's too beautiful and probably in need of a sugar daddy. He also thinks she's a seductress who's making him be consumed by lust.

Uff, can you tell why I wasn't a fan of Cooper?

Now, the writing per se was as always stellar with great descriptions and ambiance.