The Girl In The Gatehouse by Julie Klassen 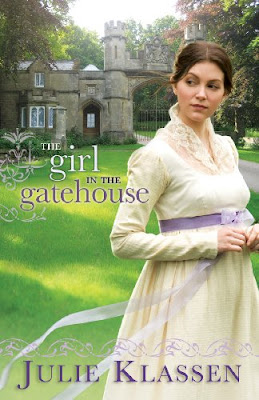 Banished from her house after a scandal, Mariah Aubrey moves to her aunt's Gatehouse. She has been sent there by her father due to her indiscretion with a gentleman.

Her friend Miss Dixon goes with her too. After a few weeks, her aunt passes away and the stepson decides to charge Mariah rent. She is running out of funds and decides to sell her novels. She tells her publisher that she will be signing them under an assumed name -Lady A.

Her cousin rents the property to Captain Matthew Bryant. The Captain recently returns to England and is now rich. He wants to convince the lady whom he proposed marriage and turned him down years ago, now that he has money. When the Captain meets Mariah they become friends and later attracted to each other.

The characters are vibrant and several secondary storylines are attached together. Several mysteries are resolved at the end. I found myself smiling during certain scenes.

This is a Christian Lit.