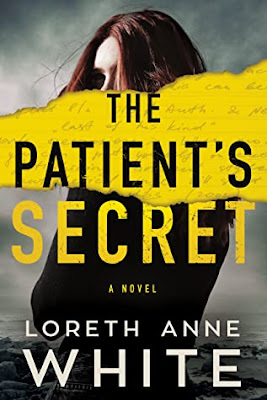 Secrets worth dying―and killing―for, in a novel of suspense inspired by a horrific true crime by Washington Post and Amazon Charts bestselling author Loreth Anne White.
When the battered body of a female jogger is found beneath the cliffs of an idyllic coastal community, these perfect neighbors suddenly don’t seem so perfect…
Lily Bradley is a respected psychotherapist married to a distinguished professor. They live in a dream house with their two children in close-knit Story Cove. Lily lives a well-ordered life. Or so it seems. As a therapist, she knows everyone keeps things hidden. Even her.
Then sensual and free-spirited Arwen Harper rolls into town in her hand-painted VW van, her sixteen-year-old son riding shotgun. Overnight, Story Cove’s secrets are no longer safe. Because Arwen might know her new neighbors better than they know themselves.
Now someone is dead, and it looks like murder. Brutal and personal. The death invites the shrewd eye of Detective Rue Duval. Rue’s job is to expose secrets. But she’s also an expert at keeping them.
As the lives of three women become inexorably entwined, one thing is clear: when it comes to survival, ordinary people can do the most terrible things.

I'm a huge fan of Loreth Anne White. I have read all her books and I have enjoyed all of them.
Lily Bradley is married to Tom and has 2 children. She works as a therapist. She has gone this route because she truly wants to help people. Her past is the reason why she has chosen her profession. Yet, Lily has made sure that no one knows about her past although lately, she has been feeling like someone is following her, and her life as she knows it can be unraveled, and if the past comes out, it will not only destroy her work but her family too.
As Lily's life is unfolding, a woman jogger is found dead. Detective Rue Duval is called to find out if it was an accident or was it murder. Rue has been investigating the "jogger killer" and this woman fits the pattern. Everyone is a suspect and Rue won't give up until she finds out the truth although Rue is also hiding her own connection to the deceased.
I loved this one. I devoured the audio which had a great narrator (Brittany Pressley). I love all the red herrings LAW threw at us. It made me question everything. Was there a crime or not? If yes, who killed her and why?
I liked both Lily and Rue. In a way, both women were trying to keep their children safe. Hopefully, we get to see Rue in another book.
Cliffhanger: No
4.5/5 Fangs
Posted by MrsLeif at 9:42 PM