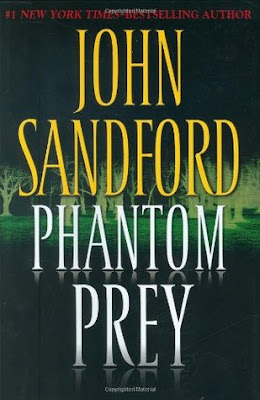 A widow comes home to her large house in a wealthy, exclusive suburb to find blood on the walls, nobody — and her college-age daughter missing. She's always known that her daughter ran with a bad bunch. What did she call them — Goths? Freaks are more like it, running around with all that makeup and black clothing, listening to that awful music, so attracted to death. And now this.
But the police can't find the girl, alive or dead, and the widow truly panics. There's someone she knows, a surgeon named Weather Davenport, whose husband is a big deal with the police, and she implores Weather to get her husband directly involved. Lucas gets in only reluctantly — but then when a second Goth is slashed to death in Minneapolis, he starts working it hard. The clues don't seem to add up, though. And then there's the young Goth who keeps appearing and disappearing: Who is she? Where does she come from and, more importantly, where does she vanish to? And why does Lucas keep getting the sneaking suspicion that there is something else going on here... something very, very bad indeed?

As an invested reader of the Lucas Davenport series, I couldn't stop myself from listening to the next book. I can't believe we're up to #18 and getting closer to #33! Maybe in one more year, I'll be caught up?
Anyway, what's new for Lucas in Phantom Prey?
Weather, Lucas's wife, has asked him to help investigate the disappearance of Alyssa Austin's daughter, Frances. Alyssa is an acquaintance of Weather and she wants Lucas to help find her.
Frances Austin had it all. She had the money and the freedom to do whatever she wanted with it. Then, she went missing. Alyssa knows something bad has happened to her. When Lucas offered to look around, she welcomes Lucas's help.
Lucas for his part is also in the middle of another investigation. As the head of the Minnesota Bureau of Criminal Apprehension, Lucas is always trying to put out some fires. This time a coke dealer, Siggy, who escaped capture might be coming back for his wife Heather and Lucas and his team have spent weeks surveilling her to catch him when he comes back to see her.
Although busy with this, Lucas becomes interested in Frances's disappearance. He knows he is getting too close when someone tries to eliminate him.
I do love Lucas, Dell, and company. I do miss the older crowd too. They made a great team. There was always a lot of humor mixed with the suspense which was missing a little bit in this one.
I don't think Phantom Prey was as captivating as some others in this series, partly because the killer was not a very interesting one. The other part that bothered me is the constant idea of the killer thinking: why don't I kill the head of the investigation, meaning Lucas. It just seems overplayed.
Cliffhanger: No
3.5/5 Fangs
Posted by MrsLeif at 4:03 PM