The Silent Wife by Karin Slaughter 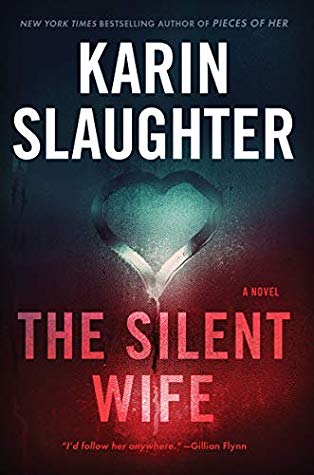 Atlanta, Georgia. Present day. A young woman is brutally attacked and left for dead. The police investigate but the trail goes cold. Until a chance assignment takes GBI investigator Will Trent to the state penitentiary, and to a prisoner who says he recognizes the MO. The attack looks identical to the one he was accused of eight years earlier. The prisoner’s always insisted that he was innocent, and now he’s sure he has proof. The killer is still out there.
As Will digs into both crimes it becomes clear that he must solve the original case in order to reach the truth. Yet nearly a decade has passed—time for memories to fade, witnesses to vanish, evidence to disappear. And now he needs medical examiner Sara Linton to help him hunt down a ruthless murderer. But whenthe past and present collide, everything Will values is at stake…

Oh my Gosh!! A new Will Trent novel <3.
Will is one of my favorite male characters. He is so broken and so smart at the same time.
Surprisingly, I adored Sara Linton too. In general, we tend to be harder on the female characters. Thinking things like "she is making the wrong choice", "she is putting herself in danger unnecessarily", "she is acting mean for no reason" or maybe it's just me that expects to read more about smarter, interesting and powerful women characters. Luckily, I never have to complain about Sara. She is perfect for Will. She makes him more confident and even though it takes him a while to open up, she gets him to do it. Also, her own traumas and the way she has handled herself through all of it, makes me respect her. Or maybe because she is a doc is why I like her so much. Who knows, it may be all of it.
Getting back to The Silent Wife, Karin Slaughter wields her magic wand and we get to be back in Grant County, with a younger Sara and Grant County's Chief officer, Jeffrey Tolliver.
How you might ask? simple a serial killer.
At the beginning of the book, a prison riot brings the GBI to investigate. While gathering information, an inmate, Daryl Nesbit, wants to talk to Will and Faith. He says he is innocent of a crime and he has the proof. Women have gone missing after he was put in prison and he blames Jeffrey and Lena Adams for letting the serial killer run free.
By several POV's and by intercalating past and present chapters, we get a bigger picture of what truly happened. The identity of the serial killer was shocking but maybe not too much. It all made sense.
Karin's writing is always raw and gritty. True evil is out there in the world and she knows how to bring it into her fictional world in a masterful way.
In regards to the characters, I already drooled over Will and Sara at the beginning of my review, so I will say that Faith is another strong female character. Being in her head is always entertaining and I do love her relationship with Will as a partner and as his friend. Amanda as their boss is the cherry on top. She seems to be one step ahead of everyone every single time. I know the majority of readers love Jeffrey. I'm in the minority. I was never a Jeffrey fan. I thought Sara deserved better. However, he annoyed me very little in this one.
One thing I want to make clear in case I haven't done it in my prior reviews is that I HATE Lena. I hope she gets what she deserves. She is a horrible person and doesn't learn from her mistakes. Really sad for her husband.
Cliffhanger: No
4/5 Fangs
Posted by MrsLeif at 4:34 PM