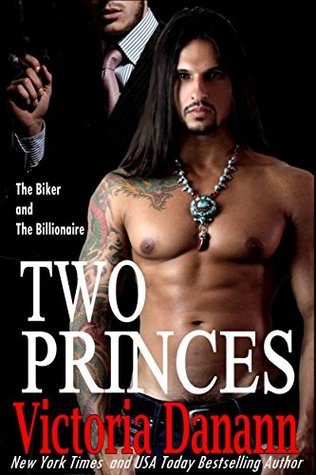 Two brothers, one a player, one a playboy, are on a crash trajectory with destiny and two broken hearts.

BONUS PREQUEL INCLUDED: Intro to the Sons of Sanctuary MC. A Season in Gemini

Brigid was a graduate student at the University of Texas. She had no trouble getting her thesis approved, but finding a Hill Country motorcycle club willing to give her access to their lifestyle was looking impossible. Then she got a lead. A friend of a friend had a cousin with family ties to The Sons of Sanctuary. Perfect. Or was it?

What Brigid wanted was information to prove a proposition. The last thing she had in mind was falling for one of the members of the club. Especially since she was a feminist academic out to prove that motorcycle clubs are organized according to the same structure as primitive tribal society.

Brash was standing in line at the H.E.B. Market when his world tipped on its axis. While waiting his turn to check out, his gaze had wandered to the magazine display and settled on the new issue of “NOW”. The image on the cover, although GQ’d up in an insanely urbane way, was… him.

After reading the article, Brash threw some stuff in a duffle and left his only home, a room at The Sons of Sanctuary clubhouse, with a vague explanation about needing a couple of days away. He left his truck at the Austin airport and caught a plane for New York, on a mission to find a mysterious guy walking around with his face.

A Season of Gemini is the Bonus Prequel in the Sons of Sanctuary MC. It tells the story of Garland St. Germaine and Brant Fornight.

Garland St. Germaine is forced by her father to go to Austin with him after finishing school. He provides her with the commodities since he's the owner of Germaine Enterprises and he's very rich. After getting in trouble for taking a picture during a celebratory occasion, he tells her, she must start business school and that she will go with him to Austin for the summer.

Brant Fornight is the son of the President of the Sons of Sanctuary Motorcycle Club. He's a mechanic who's working for the Yellow Rose Country Resort when he meets Garland. He knows she comes from money but he can't resist her allure.

First comes their first meeting, then a friendship and soon love. Unfortunately, the summer is close to ending and they have to decide about the future of their relationship.

Great beginning to the series. I was instantly interested in these characters and their love. I was rooting for them to end up together. I disliked Garland's father very much. A cold, unsympathetic and conniving man.

Two Princes is book 1 in the Sons of Sanctuary MC series.

Twenty-three years have gone by since we left Garland and Brant's love story behind.

Brash Fortnight is the son of the President of the Sons of Sanctuary MC. He is part of the MC. He does what is best for the club. His whole life changes, while waiting in line in a supermarket store. He notices a magazine and on the cover, he sees himself. A complete replica of him. Intrigued by the picture, he goes home and researches the man who has his face too.

Brandon St. Germaine is a successful man with his grandfather's company, Germaine Enterprises. He has done a cover for a magazine at the insistence of his mother, Garland. He's a workaholic who can make any business a prolific one.

Brigid Bailey is a Texas University graduate student. She is doing her thesis on Motorcycle Club life and the way they operate. In order to complete her thesis, she wants to be able to talk to one. A connection with a girlfriend's roommate gives her the invite to talk to the president of the MC, Brant Fornight. After some negotiation, her request is approved but with the condition that she has to live in the compound for three months. A bargain that pushes her to meet and be in constant contact with Brash.

It was fun following this set of characters. I love the twins after already meeting the parents. Their interactions and banter were fun to read. Brigid was also a good one. She was not scared or a pushover. I love how she was able to get away with interviewing the MC and left Brant speechless.

I want to read the next book since it's all about Brandon.