Here's to Us by Elin Hilderbrand 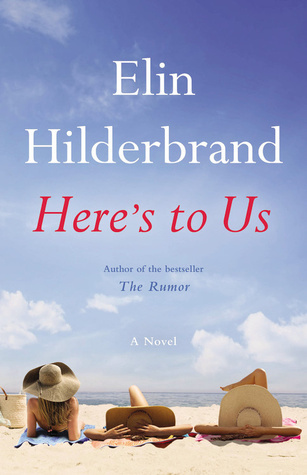 An emotional, heartwarming story from New York Times bestselling author Elin Hilderbrand about a grieving family that finds solace where they least expect it.


Celebrity chef Deacon Thorpe has always been a force of nature with an insatiable appetite for life. But after that appetite contributes to Deacon's shocking death in his favorite place on earth, a ramshackle Nantucket summer cottage, his (messy, complicated) family is reeling. Now Deacon's three wives, his children, and his best friend gather on the island he loved to say farewell. The three very different women have long been bitter rivals, each wanting to claim the primary place in Deacon's life and his heart. But as they slowly let go of the resentments they've held onto for years and remember the good times, secrets are revealed, confidences are shared, and improbable bonds are formed as this unlikely family says goodbye to the man who brought them all together, for better or worse--and the women he loved find new ways to love again.

"A teaspoon of crack cocaine."

Everyone cheats seem to be the moral of this story. Although, we also have grief, anger, pettiness, forgiveness, and closure.

Here's to Us is the story of three women who have all loved one man. Deacon Thorpe has died at the age of 53. He was a famous chef celebrity who was a great father but a terrible husband.

Let's talk about his three wives and their children:

Wife #1: Laurel. Laurel was his first wife. She meet Deacon when they were in high school. She fell for him and his loneliness. She thought she could make him happy and for a while they were happy. They have one son together, Hayes. Hayes is currently hooked on heroin but no one knows it.

Wife #2: Belinda Rowe. Belinda is a famous Hollywood actress. One look at Deacon and she wants him. She's a lonely person too and she can recognize it in him as well. After getting married, Belinda tried to get pregnant to no avail. They share one adopted daughter, Angie. Angie's currently dating a married man. She was also the child who spent more time with Deacon since she's also a chef and she worked at Deacon's restaurant.

Wife #3: Scarlett Oliver. Scarlett was a fresh debutante from the south when she met Deacon. Scarlett was Angie's nanny (yes, a horrible cliche) and she wanted Deacon while he was married to Belinda. They shared a daughter, Ellery Thorpe who's still a kid.

Now that Deacon is dead, his best friend, Buck will meet all the wives at the home that at some point they all shared with Deacon, American Paradise on Hoicks Hollow Road in Nantucket Island. As you can imagine, the wives don't get along and all three under the same roof can mean nothing but trouble. To make matters worse, Deacon was in trouble financially and in a few days, they will lose the house that meant so much to him - and surprisingly to them too.

The death of Deacon forces the women to spend time together. They will try to stay civil with each other. However, old resentments are brought back to life and secrets always find a way to surface in the worst possible way.

My favorite character was Laurel. She was the nicest wife. She had always loved Deacon. She had been there when he needed someone by his side. Belinda had a lot of issues. She was an unhappy woman but she cared for her adoptive daughter Angie although she had a terrible way of showing it. I couldn't warm up to Scarlett. She was self-centered, deceitful and superfluous.

Now to the things that bothered me.

I thought Laurel had more sense than to settle for Buck. Just because she was getting older, didn't mean that she needed to be with Buck. What Buck let Belinda do was not a small thing. I for one didn't agree with Laurel letting him get away with it, no matter that he could wear a pink shirt with whales on his shorts.

Like father like daughter. Angie spent her time complaining about her mother, Belinda, and her shortcomings but she wasn't any better. She was currently sleeping with Joel, a married man.

Don't get me started on Hayes. He loved his heroine and spent all his time high as a kite. He was present in body only.

Here's to Us is an emotional story that made an impact. Despite having issues with some of the characters as a whole, I really enjoyed this story. I love how Elin finished this book. I thought it was a great way to end it.