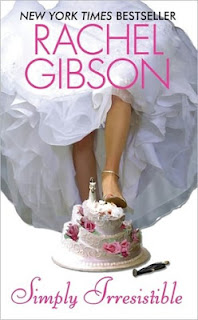 Georgeanne Howard is running away from her own wedding. She knows it wrong to marry an older man for his money and security. She gets in the car of hockey player John Kowalsky. He takes her to his place. He is rude to her when he discovers she was going to marry his boss. But he sleeps with her anyway. The next morning he drops her at the airport without remorse, breaking her heart.
Years later, Gerogeanne has a catering service and by accident meets again with John. He recognizes her immediately and when she leaves something behind, he returns it to her the next morning. He gets the shock of his life when he discovers he has a child.
Can they form a happy family together? Can they forget each other's mistreatments?
I wanted to like this book more than I did. I just didn't like the characters. John was rude multiple times and Georgeanne rumblings were a turn off.
2/5 Fangs
Posted by MrsLeif at 10:17 AM