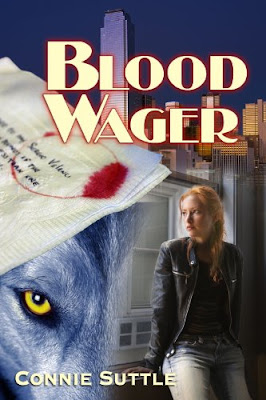 Lissa Haddon is in the wrong place at the wrong time.

She is in a bar trying to get drunk after her husband dies. Unfortunately for her, two vampires are there and decide to turn her lifespan into a wager. Females usually don't survive the turn. She is left in a basement to die. Surprisingly, she survives.

She doesn't act as a regular new vampire. She is able to feed without killing her victims. Out of instinct she starts running for her life and ends up working as a bodyguard for William Winkler, who is producing a device that some people don't want to be made public (including vampires).

When the council learns that a Rogue has been made, they send an assassin (Gavin) to track her and dispose of her. Gavin Montegue notices that despite not having had help from her maker, Lissa is able to control her urges without difficulty.

There is a lot of action in this book, and some characters are very interesting. Lissa does get betrayed, and this is something that happens frequently in the series. But, she has power of forgiveness, without being ridiculous.