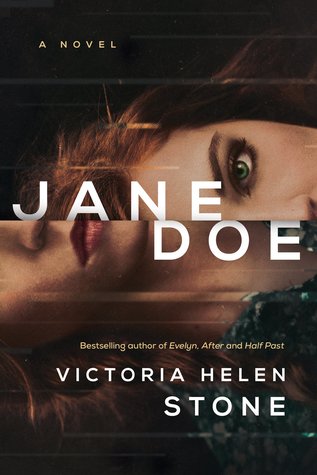 A double life with a single purpose: revenge.

Jane’s days at a Midwest insurance company are perfectly ordinary. She blends in well, unremarkably pretty in her floral-print dresses and extra efficient at her low-level job. She’s just the kind of woman middle manager Steven Hepsworth likes—meek, insecure, and willing to defer to a man. No one has any idea who Jane really is. Least of all Steven.

But plain Jane is hiding something. And Steven’s bringing out the worst in her.

Nothing can distract Jane from going straight for his heart: allowing herself to be seduced into Steven’s bed, to insinuate herself into his career and his family, and to expose all his dirty secrets. It’s time for Jane to dig out everything that matters to Steven. So she can take it all away.

Just as he did to her.

Jane Doe was a pleasure to read. A female psychopath with the desire for revenge. Just wonderful.

From the first page, I was enthralled by Victoria Helen Stone's writing. I was obsessed with Jane and her callously and unapologetic way of using her mind and her body to gain the trust of Steven, her target. The man who was able to take away from Jane the only thing she valued.

Jane knew from a very young age that she was different. She has always been in control. Once, after taking a psychology class she realized what she really was. She does have some issues with impulse control. What Jane wants, Jane gets. In this case, Jane wants Steven to pay and if this means Steven family has to pay, more the merrier.

I love being in Jane's head. She manipulated Steven so well and he deserved whatever was coming for him. Her dark humor and her interaction with her cat had me either laughing or smiling most of the time. The addition of a certain ex-boyfriend to the mix made it all even more interesting for me.

"A cat. Another little sociopath to curl up beside me at night and keep me warm.”

Jane Doe is refreshing, twisted and dark but without the gory. The ending was perfection!