In Her Bones by Kate Moretti 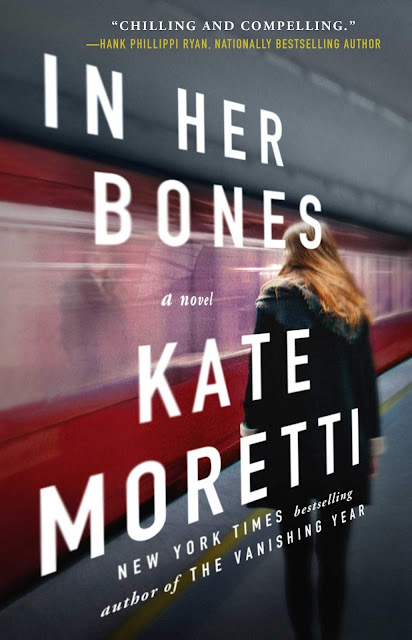 New York Times bestselling author Kate Moretti’s next “exceptional…emotionally astute, [and] deliciously sinister” (Kirkus Reviews, starred review) thriller follows the daughter of a convicted serial killer who finds herself at the center of a murder investigation.

Fifteen years ago, Lilith Wade was arrested for the brutal murder of six women. After a death row conviction, media frenzy, and the release of an unauthorized biography, her thirty-year-old daughter Edie Beckett is just trying to survive out of the spotlight. She’s a recovering alcoholic with a dead-end city job and an unhealthy codependent relationship with her brother.


Edie also has a disturbing secret: a growing obsession with the families of Lilith’s victims. She’s desperate to see how they’ve managed—or failed—to move on. While her escalating fixation is a problem, she’s careful to keep her distance. That is, until she crosses a line and a man is found murdered.


Edie quickly becomes the prime suspect—and while she can’t remember everything that happened the night of the murder, she’d surely remember killing someone. With the detective who arrested her mother hot on her trail, Edie goes into hiding. She’s must get to the truth of what happened that night before the police—or the real killer—find her.


Unless, of course, she has more in common with her mother than she’s willing to admit…


Perfect for fans of Ruth Ware, In Her Bones features Moretti’s “riveting and insightful” (Megan Miranda, New York Times bestselling author) prose and “chillingly satisfying” (Publishers Weekly) twists, and will leave you questioning the nature of guilt, obsession, and the toxicity of familial ties.

Advance Praise for IN HER BONES:

“Kate Moretti is incredibly talented! IN HER BONES is at once chilling and compelling, frightening and insightful—and truly madly deeply satisfying. You'll gasp at every twist, and turn these hauntingly sinister pages as fast as you can.”
—Hank Phillippi Ryan, nationally bestselling author of Trust Me

“Sensational; a stunning psychological thriller that kept me riveted from the first page to the last. A dark and compelling exploration of what it's like to grow up with someone who just may be the worst mother in the world, Moretti's chilling and insightful novel answers the question: If your mother is a serial killer and you're obsessed with her victims, what does that make you?”
—Karen Dionne, internationally bestselling author of The Marsh King's Daughter

“Suspense at its best: A chilling voice, an unlikely heroine, a haunting story. IN HER BONES is Kate Moretti at the top of her game.”
—Jessica Strawser, author of Not That I Could Tell

“Kate Moretti’s IN HER BONES is a suspenseful, whirling spiral of mysteries within mysteries, plot twists you won’t see coming, and characters linked by deadly fates that stretch across the years. Moretti’s prose is crisp and masterful, her people rich and real. Don’t miss this haunting, wild thrill ride.”
—David Bell, author of Somebody’s Daughter

“We dove head-first into In Her Bones, its riveting twists and turns keeping us up well past our bedtime. Moretti has meticulously crafted this gripping mystery, which begs the question: Is it possible to escape our own fate? Another stellar contribution to the suspense genre.”

After reading The Vanishing Year and enjoying it, I knew I had to read In Her Bones. I can't say that it wooed me. On the contrary, I think it was just ok.

What was the book about?

Edie Beckett is a 30-year-old female. She has a 9 to 5 job that she doesn't care much for. She's a recovering alcoholic and her past has marked her. Edie is the daughter of the famous serial killer Lilith Wade. Usually, serial killers are men, but Lilith is one of the exceptions. She murdered six women while Edie was still a kid.

Now as an adult, Edie is using her job to track the family members of the victims. She gets to close to Peter, one of the husbands. Next thing she knows, Peter is dead and she's the main suspect. The same cop who took her mother in is after her and she's running out of time to find the truth and save herself from going to prison.

Why didn't it work for me?

The pace for one. It was too slow.
I felt we were missing pieces of information about Edie and her family.
The resolution the author used to close the plot. I knew who the baddie was from early on. It was too predictable.
Or maybe it was the high expectations I had for this author's work.

The theme. I was intrigued about having the serial killer's daughter's POV narrate the book. In real life, it has to be horrible to know you're related to someone so evil. I can't even imagine it. I'm sure that the families are seen as guilty too for not recognizing that the people they live with can be responsible for such heinous acts.
I like Edie. She was resourceful and smart. She was one step ahead of the police. I respected her desire to learn what really happened to Peter.

A complimentary copy was provided by the Atria Books via Netgalley in exchange for an honest review. 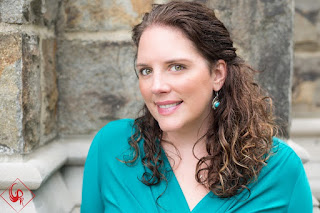 Kate Moretti is the New York Times bestselling author of The Blackbird Season, The Vanishing Year, Thought I Knew You, and Binds That Tie. She lives in eastern Pennsylvania with her husband and kids. Find out more at katemoretti.com.