Something Witchy This Way Comes
by Veronica Blade 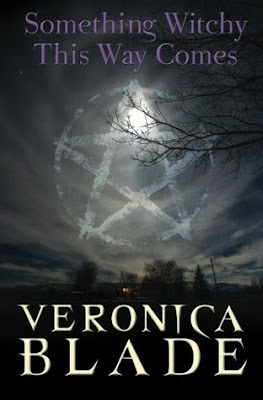 Tessa McClean is in high school. Soon she will turn eighteen. One morning she is summoned to the new principal's office to be told that her life is in danger. Someone is after her. She is told that they want Hayden Anders, another kid in her school to be her bodyguard. At first, Tessa is against it. Hayden is a trouble maker, yes he is handsome but he has broken more hearts at her school than she can count. Hayden is not crazy about this either, but when he is offered a letter of recommendation for college and also for his school record to be expunged, he can't turn down the offer. Tessa is a very smart student, she offers to help Hayden with his grades as a thanks for having her back. At home her parents are not supportive, they live separate lives, and most nights they don't stay at the house.

Soon Tessa learns that she is a witch and that two covens are trying to get her to pledge her allegiance to them. She has until she turns eighteen to choose a side. Then, she will become one faction's enemy.

The book had two point of views at times, which helps you understand the decisions both of the main characters choose, without making the narrative distracting.

I think I would have enjoyed it more if I didn't question some of the actions. One of them was the Principal asking for a teenager to help as a bodyguard to prevent harm coming to a student. That would not happen in real life. But, if you can overlook this, Something Witchy has romance, action, and it is a fast read.