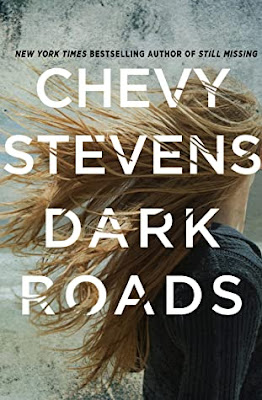 The Cold Creek Highway stretches close to five hundred miles through British Columbia’s rugged wilderness to the west coast. Isolated and vast, it has become a prime hunting ground for predators. For decades, young women traveling the road have gone missing. Motorists and hitchhikers, those passing through or living in one of the small towns scattered along the region, have fallen prey time and again. And no killer or abductor who has stalked the highway has ever been brought to justice.
Hailey McBride calls Cold Creek home. Her father taught her to respect nature, how to live and survive off the land, and to never travel the highway alone. Now he’s gone, leaving her a teenage orphan in the care of her aunt whose police officer husband uses his badge as a means to bully and control Hailey. Overwhelmed by grief and forbidden to work, socialize, or date, Hailey vanishes into the mountainous terrain, hoping everyone will believe she’s left town. Rumors spread that she was taken by the highway killer—who’s claimed another victim over the summer.
One year later, Beth Chevalier arrives in Cold Creek, where her sister Amber lived—and where she was murdered. Estranged from her parents and seeking closure, Beth takes a waitressing job at the local diner, just as Amber did, desperate to understand what happened to her and why. But Beth’s search for answers puts a target on her back—and threatens to reveal the truth behind Hailey’s disappearance…

Dark Roads is another entertaining tale by Chevy Stevens.
The story unfolds along the Cold Creek Highway. Over the years, multiple women have gone missing without a culprit ever being caught in this area of British Columbia.
Hailey McBride is a seventeen-year-old girl. Her dad has recently passed away in an accident. Haley has moved in with her aunt and her husband. Her husband, Vaughn is a police officer. People called Vaughn the Iceman for a reason. He is mean and a bully and he wants to control Hailey. Luckily, Haley has a good friend in Johnny who helps her out when she needs it. Hailey also meets Amber, a waitress at the local diner. She falls for her but then Hailey makes a discovery that causes her to run away.
A year later, Beth, Amber's sister is in town. She wants to know what happened to Amber. She meets both, the Iceman and Johnnie and she will have to make her own choices and decide who she can trust.
Unfortunately for Beth, the killer has her eyes set on her and she is running out of time.
I liked Dark Roads. Yes, some areas were just too unbelievable for me but I was able to let it go and kept hoping for the best.
I do think that Wolf stole this book. He was such a good boy 🐕
After reading this book, I do know that the one thing I won't ever do is to be around those 450 miles of the Highway of Tears. All those women have died and most have never been found or if found, their killers are running free.
Cliffhanger: No
3/5 Fangs
A complimentary copy was provided by St. Martin's Press via Netgalley in exchange for an honest review.
Posted by MrsLeif at 8:49 PM