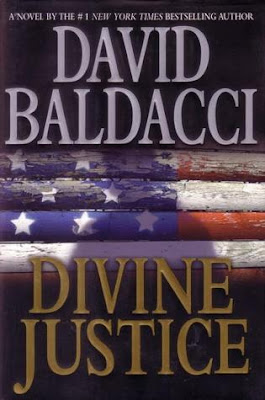 Oliver Stone is the most wanted man in America; no, not the maverick filmmaker Oliver Stone but the covert agent whose real name is John Carr. Men in the highest circles of power want him dead, and they want him dead quickly, because he knows too many of their deepest secrets. The members of the secretive Camel Club, on the other hand, not only want him alive; they are willing to risk their own lives to save their leader and friend. All of which sets up David Baldacci's thriller of relentless intensity, a perfect follow-up to his acclaimed Stone Cold.

John Carr is back and he's on the run!

If you have been following this series, you know what happened at the end of the last book, Stone Cold. This will trigger a reaction from Oliver Stone which will make him become the most sought after man in the USA.

Oliver says goodbye to the Camel Club and to D.C. He ends up in the little town of Divine, WV which is nothing but that. Here, he'll realize that something is wrong with the town and some people are into shady businesses. Oliver can't walk away. He stays in Divine to help the people he has come to care for.

While Oliver is in Divine, the rest of the Camel Club won't let him deal with the government on his own. They decide to help Oliver even if he doesn't want their help. On the other hand, some people in the government want to keep Oliver quiet about everything he knows. Ending his life is the best way to do so.

Divine Justice is a great addition to the series. I was with Oliver on this one. He did what he thought was right and despite being on the run, he couldn't walk away from the trouble in Divine.

My favorite part of Divine Justice was to see characters from the other books making an appearance like Harry Finn and  Alex Ford and meeting new ones like Joe Knox. Of course, there are some dangerous men like Macklin Hayes who were easy to hate.